I had essure placed in July of 2012. I knew tying my tubes would take a little longer recovery time and I was told that this was just a quick office call and wasn’t really told about any possible sides affects. In October of 2012 I had it tested to see if it worked. It didn’t. The right coil was no where to be found. The left one was still there. Time went by and I became sick, sick all the time. I always have headaches,extreme fatigue, feel nausea, occasionally throw up, back pain, stomach pain, rash….the list can go on and on. I have been to the doctors on several occasions, ugent care, even the emergency room. Every single doctor I saw ran test and always told me that I was ok, However I am not ok. My friends even gave me a hard time because I was ‘always’ sick. As time went by I guess I just gave up on feeling good. I thought maybe I was just going crazy, and I just decided to go on with my life. As time goes by the pain gets worse and worse. I am now feeling painful stabbing radiating pain from my uterus down to just past my knee, when I walk I almost collapse from the pain. I remember talking to my friend a long time ago telling her that I wonder if I am sick from essure, but doctors insisted its not that. So I gave up and did not even think twice about it being essure. Finally I felt like I am on my death bed, my husband makes me go into the emergency room and they sent me home saying nothing was wrong. That following morning I got a call from the emergency room and she said that the radiologist looked at my cat scan and said that some was protruding out of my fallopian tube. I started to research it online and to my amazement I saw tons and tons of stories from other woman going through the EXACT same thing that I have been going through for a year and a half. I joined essure awareness on facebook and shared what I was going through. Another women gave a recommendation to see a doctor in St. Louis Park, Mn. I found out that the coil Severed my fallopian tube and My body has been trying to reject this coil for over a year, also giving me metal toxicity from the coil being made of nickel. I was told that I will need a Hysterectomy and that is scheduled for Feb. 6th 2014. I am scared because I have never had surgery. I did this because I thought it would be less painful and now I have to have surgery and have  Hysterctomy. Im really sad that it had to come to this and I do not believe this product should be on the market. Now I have to take time off work and I am the primary income in our family with 3 little children to raise. While I am off of work I will not be getting paid and we are very behind on bills and I am wondering how we will get groceries. This has caused extreme hardship in our family and I am saddened that it is all because of essure. I know I am blessed to not have a terminal illness and I know that God will carry me through. But I sure wish I would have been warned of these dangers. I am anxious for surgery so I can start living life again and be able to play with my kids again. 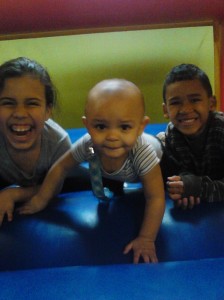