When I went in for the HSG, I could see there was something wrong. One of the coils had fallen out of my tubes and migrated to the other side of my abdomen. I instantly said, ‘Get them out’. My provider had never done the procedure before, but her colleague had. Her colleague had perform my C-section with my second child and did an excellent job, so I said I wanted her to do it. When she went it, not only had it migrated, but also had broken into three pieces and were embedded in scar tissue. The two inner layers of the coils had become separated from the outer layer. The surgeon was concerned about this. She said it is unusual for the layers to separate and would talk to the rep. She also removed the coil that had been properly inserted. I reported everything to the FDA and called lawyers. None of them would touch the case because of the patent laws, and the 2% clause in the tiny writing that states there are some women who will experience difficulties. A rep from Essure called me after I filed the complaint with the FDA. I wasn’t nice. This happened in 2011. I have been spreading the word since. 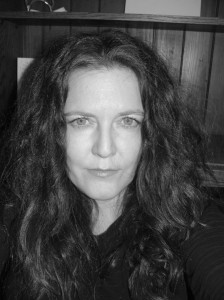