I was 25, no children, and with a man I thought I would be with forever. I got Essure because it was sold as a non-surgical option. I now have severe cramps when I ovulate, sharp stabbing pains in my abdomen, and pain with intercourse. I also want children now, at 31, but it is not possible unless I have thousands of dollars to get these out of me! 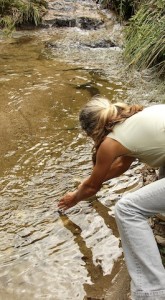