I have two boys and in 2008, when my youngest was 2 years old, my husband and I decided to find a more permanent birth control. I went to my local health department and they sent me to my ob/gyn who suggested Essure. My doctor ensured me that there were no adverse affects and no known pregnancies with Essure. I agreed to look further in to it.

During my next appointmentt I was asked if I was allergic to nickel and I told the doctor then that I could not wear any earrings with nickel in them. They caused my ears to get infected. She proceeded to tell me that since I could wear necklaces and my belly ring that it was just a local allergy and It would not be a problem. So like a dummy I went through with this.

I have tried calling the implanting doctor twice since then with issues and was told both times that unless I was pregnant she could not see me. My symptoms have included weight gain that is impossible to loose, blurred vision, stabbing pains in one side or the other that has me on the ground in pain at least twice a month. My periods are like something from a horror movie. I hurt for 3 days then I hemorrhage bleeding, larger than quarter sized clots and bleeding through super sized pads and tampons with in an hour for 3 days straight. Then I proceed to what some girls might just consider a heavy period for another week, then an additional 4 to 5 days of spotting. I also deal with depression and have to fight to ward off thoughts of suicide over stupid stuff like my kids didn’t like what I cooked for supper. I am always tired and have no strength to do simple tasks.

Before Essure I rarely ever experienced severe pain. I was very happy with anything and truly loved my life.  My period was every 3 weeks for 4 days and hardly noticeable. I would spend hours jumping on the trampoline with my boys. My husband and I had sex almost daily. Now it is more like once a month if that much!

I never thought all this could be related until I found an Essure Problems page and read other girls’ stories and realized every single thing I have been going through alone are what the other girls had been dealing with too. I can not afford a doctor’s bill and the implanting doctor refuses to even talk to me. The doctors I can afford don’t even know what Essure is. Until I can save money I am stuck just trying to force my self to be me. 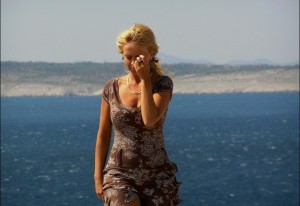