On July 26,2010 I was blessed with my third and final baby boy. I was scheduled for a tubal, but knowing how great I felt after delivery I didnt want to have a surgey. After all, my family was in the middle of moving and I didnt want to be impared from helping. So my doctor once again reminded my how ‘great’ essure was (she had been trying to talk me into it the entire time). She said I would be in and out, no pain, no problems, and back to life. So feeling great and excited that for once I had immediately lost all of my baby weight, I scheduled an appointment to have essure done on September 18, 2010.

At first everything went well. I was a little drowsy from being put under but thats it. I went back in for my HSG test in early December and was confirmed 100% blocked. All seemed to be perfect…till it all started happening about 6 months later. I noticed I would go a month without a period, then it would come back with a vengance sometimes twice in a month. My periods are excruciatingly painful and full of clots. I began gaining weight in the midsection. So much so people were asking if I was pregnant! Funny thing is, I wake up thin and my stomach gets bigger and harder as the day goes on. I have headaches and migraines every day for the most part. I have days where I will strike a fever for no reason and cant even stand up or I feel dizzy like Ill pass out. My emotions are off the scale, so many ups and downs. Most days, no matter how much sleep I get, I am ALWAYS tired!! My husband and I cant be intimate because it is too painful. I am frequently on antibiotics for UTIs and other bacterial infections. There are so many other symptoms as well, none of which I had before Essure.

So I starting wondering if other women who have had essure has had the same problems. I was amazed to find so many of them! All of which were told the same thing I was and not warned of the possible problems essure could cause. Now we are all desperately trying to find a doctor who will listen and believe us when we say it is essure causing these problems. Some girls have been fortunate to get them out Thank Goodness! As for me, Im stuck with the pain for a while. I dont have the financial means, or anyone to watch my children while I go to all of these appointments to find a doctor to take them out. I dont feel sorry for myself, I am angry! I should have been warned before getting the essure procedure done, so thats what I have set out to do! Even after I find a way to get these aweful things out, I will be warning women about what may happen to them. I dont wish this upon anyone! 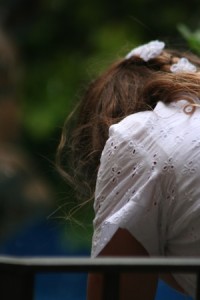