Initally I had wriiten this for my essure problems group on facebook, and was strongly advised to share this information with other women researching essure to see if it’s a right fit for them. Here is a copy of my post.

Hey guys , I promised to keep you all updated. So just to recap first. I have had 13 miscarriages, 4 live births. My oldest is7 years old and has major medical issues involving heart, spine, and manyother illnesses resulting in 16 surgeries. I also have a 4 year old with a mild form of autism. And a 2 year old with skull bone deformities and developmental issues. And lastly I have an angel baby that was born 2/13/14 and only lived 445 minutes due to having a rare form of dwarfism Rhizomalic Condraplaysa Punctata which caused organ ad born deformities and ultimately her death. After her death I requested a tubal litigation and had no choice but to see the very ogbyn group that missed the fact that my oldest was born with all of these problems and was life flighted to children’s nearly 24 hours after delivery and after missing she had no anal opening! The same group that when I got pregnant with my second child that refused e prenatal care because I had called them in frantic that I was 8 weeks pregnant and bleeding heavily…I told this group off and went to a group in Uniontown for her care, as well as my sons. With Deqlynn my fourth I had no choice due to insurance and transportation along with financial struggles once again see tis group…they yet again missed problems with her even though I told them my feelings…ok so I had to go to this group…..Washington OBGYN Dr. Zinsser’s group…..Zinsser himself came in screaming at me and slamming his chart on me down about my malicious attack on them and their practice and argued with me for 2 hours about getting ‘fixed’ finally he said we don’t offer tubal litigation anymore you have to opt for essure. Desperate not to bury another child I agreed. March I had them placed with a rep from Beyer in the room…then June I went for my confirmation which revealed my right took but the left hadn’t and was slightly migrated into my uterus, Dr Stockard of the group placed them and did the dye test and he also had me come in the following week to and I quote remove the coils and perform a larenscopy tubal litigation. I was upset and desperate and agreed…Since I had the coils in I have had severe pain both in my stomach and lower back, bloating, nausea, vomiting, temps, diarrhea, sulfuric burps, and migraines, I have also had a toenail literally just come out. I am going to be 28 and never had medical issues. I also have been bleed for weeks on end, that stops for 2-3 days and was told at my post op this is all normal! So today I expelled a coil, I was told they were removed…I called them and they said that it was nothing to worry about and not to go to the er for it….hmmm I think not I went to Magee’s.

At Magee’s the last time I was there was when I had my daughter and she died in my arms, since my family disowned me saying I made of of this up and that I am seeking attention. Anyway I had a severe panic attack ( I suffer from PTSD) and went in to see an xray showing the right coil in place and right below it a metal clamp on my tube, and that the left was gone (duh I Had it in my hand) with the clap in place, labs came back well, and they have referred e to a slew of specialist They believe the coil migrated into the uterus and down out over time. This is what I know so far . They gave me nothing for pain and prescribed Zofran for the nausea I have spoken with M.J. from this group and she has given me lawyer info and fda info and everything else she could. I do not have my medical records as of yet. But I did sign consent forms…When I know more I will post….thanks for being here! I was beginning to think I was going crazy!!!! 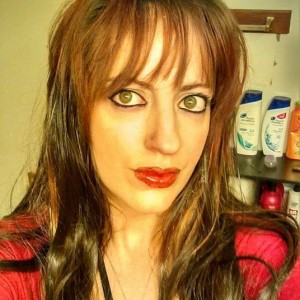 One thought on “Amanda’s Story”