I was told that I was the perfect candidate for a simple in office procedure called Essure. I had asked to have my tubes tied but my doctor felt that Essure was a better choice. I was assured that it was safe. Soon after the coils were implanted I began having violent chills where my body just shook. I thought it was my thyroid causing me to be cold but it turned out to be my body rejecting the coils. I lost a lot of hair, all of my energy and became allergic to things that never bothered me before. A few months after Essure I had no energy, was always bloated and felt awful. I was a step above a vegetable. My kids used to make me ‘I hope you feel better’ pictures and I missed so much of their young lives. My poor husband had to take care of everything because I was too tired and sick to move. I hate medicine, but had a prescription for an anti nausea drug because I was always nauseous. I didn’t want to eat but my stomach was so swollen and bloated. Fast forward almost 4 years of being absolutely miserable. I was at my wit’s end. I had been bounced around from doctor to doctor with symptoms that were so all over the map, none of them could help. Finally my OB asked if I was allergic to nickel. I said I didn’t know and he asked if I could wear fake earrings. I responded with a big fat no and he asked why. I told him my ears swelled up and got inflamed. He scheduled me for a hysterectomy the next week. I am 2 years post Essure and my health is slowly returning. I have so much more energy, but am still not who I was before the coils. They took away something I can never get back- 4 years of raising my kids. For that I will always wish I never allowed that awful contraption. The lies about it being safe and not having enough nickel to cause a reaction are horrendous. I still can’t wear my wedding rings because I am now allergic to most metal. To anyone considering Essure, please don’t do it. You can’t get back the time it takes from you. 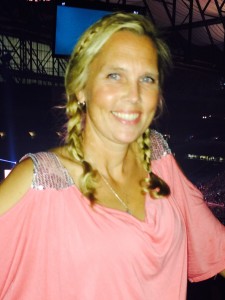