I had the Essure procedure done in June 2011. My problems were weight gain, bloating, tiredness, irregular cycles, and bleeding after sex until this past fall. In September 2012 I had my last period (or so I thought).

In October 2012 I was having excruciating lower left back pain and went to GP (2Xs) and was given NSAIDS and muscle relaxers. These did not work. January 2013, I begin bleeding, nonstop, with worse lower left back pain. Was this a miscarriage??? Called my OBGYN when I had 2 large clots the size of apples. OBGYN did a vaginal sonogram and said I had cysts on my ovaries, but was not worried about those and I had thickening of the uterus wall. OBGYN took 5 biopsies and they came back normal. She talked about doing D&C and hysteroscopy and put me on progesterone to stop bleeding, which it did until I stopped taking it.

Then here we go again, bleeding (no big clots this time though, just small ones). I’m talking I was bleeding so bad that I could not get up from my child’s HS softball game until everyone was gone and this was with 2 tampon and 1 pad change in 2 hours. Thank goodness I had a big thick black blanket to wrap myself in to get home (sorry so graphic).

Called OBGYN and have schedule D&C and hysteroscopy. Back pain will not go away, sometimes it hurts to breath (left side only still). I talked to GP about my problems and about what is going on to see what his thoughts were and He said it is very unlikely all of this is from the essure product. He is sending me for a MRI to find out what is going on with my back

Had MRI done, nothing was found that would cause my back pain. Had D&C on 3/22/13. As of 4/3 have not heard from OBGYN regarding procedure. I guess I will hear at followup appointment. Looks like Hysterectomy is in my future. 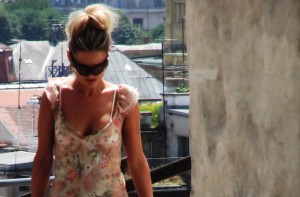