On December 24 2012 i had my last and final child making that a grand total on 3 beautiful girls. I was told by my DR this was a great product instead of getting the tubal done this would be so much easier on me so on January 23 2013 I had Essure implanted in my Tubes few days later is when these things took over my life.

I couldnt see, very dizzy, horrible pain on the right side to the point I had to lay in bed all day, tell me a mom of 3 who had the opportunity to do that? No one, I had no choice it hurt ot wear pants it hurt to stand on my feet for long periods of time.

Bottom line is NOW being thousands dollars in debt from haveing to have a hysterectomy with no insurance I am E-FREE and on my way to a fast recovery and so glad to be able to start to do stuff with my kids it was bad enough I was layed up with my last pregnancy to be out longer what pain in my heart from taking away presious time from my kids. I would not suggest this to anyone for it ruins lives and families! 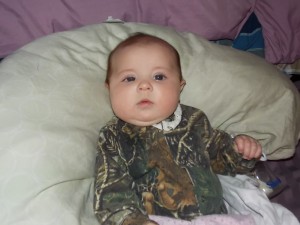