I am Angela Woods of Franklin, Ohio. Two years ago I had the Essure. An ablation was done to prevent pregnancy and help with bleeding. My doctor told me that it was a faster and safer alternative to a hysterectomy.

One year later I was having awful cramping on my left side. When I went in to tell the doctor, she acted like I was crazy until she did an ultrasound and found a 6-centimer cyst on my left ovary. At that time I asked me if we only did one Essure coil. At that time I thought she was crazy. She then said no and pointed out where the coils are.

She ended up taking my left ovary, cyst, and tube in September 2012. After surgery the recovery period should be three days, but it took me over a month. My stomach was black and blue not just the entry sites but also my whole stomach. I took pictures of it.  Three days after surgery I was still in so much pain. Then I went into my regular doctor and he told me it was bleeding from surgery.

The nurse there pulled me aside and said she had never seen a stomach that black and blue after surgery before. The next day I went to the ER still thinking my intestines were twisted (that’s how much pain I was all the time right after surgery). They did an ultra sound and said I had a cyst on my right side. They told me that that was probably where the pain was coming from.

I was upset and went back to the OB doctor and her answer was that I had Endometriosis. She sent me to an urologist. The urologist thought my doctor was crazy for sending me to him since I did not have trouble peeing but with my bowels.

After seeing my stomach photo he felt so bad for me he did a CT scan just to find out why I was in pain. The CT scan showed what he called a cyst on the left (go figure seeing she just took my left ovary, cyst, and tube) and a cyst on my right side. I was so angry thinking there really was a cyst and she kept saying no.

I finally just took the pain and gave up. I started a new job and suffered. About three weeks ago I felt cramping on my right side just like I did on the left, so I found a new OB doc and explained my whole story as he looked at me like I was crazy.

I then showed him my stomach picture and he decided to do an ultrasound, which showed the coil on my left side still there. However, the coil was embedded in my uterus and the right coil floating around. My immune system has been affected for two years. I am sick all the time. I also have chronic headaches that are getting worse turning into what they call vertigo. I have severe back pain, insomnia, and night sweats.

I finally get the coils out due to a hysterectomy coming up in June. If I was ever told of the side effects I would have just gotten a hysterectomy to begin with and saved my body and mind the pain and suffering. I pray someday something can be done to help all of us women effected by this awful device. 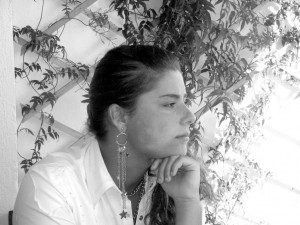