In September of 2008, after my 3rd child and at the age of 28, I agreed to be implanted with Essure. My Doctor who I’ve been going to since I was 18 and whom I completely trusted, explained to me that this was was made out of the same material that heart stents are made from and it was completely safe. That was pretty much the extent of the information I recieved about what Essure was made from. My procedure went ok, I had minimal pain (of course I was knocked out), the whole procedure took less then an hour.

In March of 2009, I had my HSG test to show my tubes were closed and that I was good to go. THAT is when my pain started. I immediately started gushing blood and the x-ray tech seemed concerned but told me it was normal. My right side continued to ache for days turning into months, the ache became cramps and then became stabbing pains! I developed a permanent rash on my hands and stomach, not to mention the acne and cysts I have never before experienced. Over the next couple of years, I’ve had a lot of firsts – debilitating migraines to where I live off 800mg ib profrin, bloated all the time, constant heartburn, fatigue, forgetfulness, mood swings; I’ve gained 65lbs, suffered heart palpitations, numbness in my feet and toes, night sweats, swelling in my feet and right leg; I’ve had 4 root canals, my bones ache all the time like I have the flu, a bladder or UTI at least once every 2 months, I get a tingling numbness on half of my face, a vitamin D deficiency and now my hair is falling out! All of these are not on a small scale, these are HUGE differences! So much that I have either gone to the Doctors or someone else has pointed it out. None of this started until after Essure.

In June of this year, I went to my ob/gyn who had placed the Essure begging for him to remove it! My daughters 16, first son is 14 and my little one is 4 . I’m losing so much with them, that I’ve started to feel like they would be better elsewhere. I love them with all I have and I hate that I don’t want to get out of bed in the morning and always making them late! I hate that we can’t go places and have fun because my head or body hurts or I have no money because I couldn’t work. I am a single mom and my daughter cooks and cleans more than I do. I hate that she’s not being a kid! Everyday I’m losing more and more.

After telling my doctor all my symptoms and how I couldn’t take the pain anymore. He sent me for an ultrasound, then for a transvaginal ultrasound, then blood tests and everything was normal but they never told me where the Essure coils were on either ultrasound. I actually had to go back twice because she couldn’t find my fallopian tubes! My OB proceeded to tell me there was no possible way Essure was the cause of any of this but if I wanted he would do an ‘exploratory’ laparoscopic surgery and if he found something, we would go from there. Well, I don’t want two surgeries,I don’t even want one and I couldn’t talk him into doing everything at once, so I went off to my primary care physician. I ended up seeing the physicians assistant and he believed me right away! He sent me over for x-rays and more blood work. Blood works showed vitamin D deficiency and x-ray was consistent with what according to conceptus information looks like a broken or stretched coil. I went back to my OB who told me I was over reacting and that they looked fine but he would do a hysterectomy if I wanted too!

It was then I turned to my job (I work at a hospital), I asked around and got the name of who is claimed to be the best OB in our area and made an appointment. The look on my face when he looked at the X-rays and said ‘these don’t look right’, must have been relief cause he asked how long I’ve been struggling with this. I told him my story and he gave me a lot of options but all included a hysterectomy to fully remove the coils. Since I’ve had them in since 2008 his concern is scar tissue. He’s said he’s removed several and over time the scar tissue gets worse. Needless to say…November 12th, I will be getting a super cervical hysterectomy! It is sad but I am excited about this, I want my life and my kids life back! 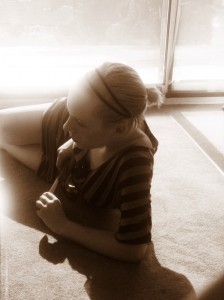