I had the Essure procedure done after the birth of my third child in 2007. I elected to have the procedure done in the hospital so that I could be sedated. Surgery was successful, and this was confirmed 3 months later when I went back to the hospital for the ultrasound. I even seen with my very own eyes that the dye they shot into my fallopian tubes didn’t get passed the newly formed blockage created by the Essure device implants and built up scar tissue. Yes, surgery a success! What a relief knowing that I would never again have to worry about the need for birth control.

In 7 years never once a pregnancy scare or complication from the procedure, until January 2014 when my historically right-on-time cycle failed to make her monthly appearance. I gave it the benefit of the doubt and waited 2 weeks before I completely panicked about being late. At that point, I decided to research the Internet to see if any other women that have had this procedure have gotten pregnant since. To my utter disbelief and dismay…I read numerous stories of not only pregnancies, but also other complications of the nightmarish sort. Ok….now I am REALLY freaking out! Two home pregnancy tests and one Dr. Appt. later…it has been confirmed, I am 6 weeks pregnant. The baby is in the uterus and appears to be developing right on schedule. The Dr. had no apparent answers, other than to wish me congratulations, exclaim that everything happens for a reason and obviously God has other plans, and to remind me that no sterilization procedure is 100% effective. Gee…..thanks Doc!

Like any woman who took preventative action to ensure she would no longer have any more children only to find out that her birthing days are not over…I was completely overwhelmed, stuptified, angry, and in utter disbelief. How can this be happening?!? I will be 39 in another month and as I mentioned, already have three beautiful children. As I am writing this…I am now going on 11 weeks pregnant, and chose to share my story in hopes that it will help discourage other women from selecting Essure as a permanent form of birth control. My Dr. has since shared a piece of vital information with me, that had I known in the beginning, I likely would have chosen another birth control route. He explained that with any tubal ligation procedure, scare tissue will form; however, scar tissue can break down over time, which decreases the effectiveness of a procedure such as Essure. Ummm….ok, why wasn’t that piece of info in the Essure brochure?

Ladies, in short…do your research. Ask questions. Make informed decisions. The Internet can be a powerful tool. I highly recommend researching any form of permanent birth control before you make a decision which one to choose. Good luck! 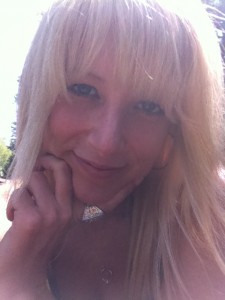