I needed to get an ablation due to the blood thinner’s I’m on, as I have a rare genetic blood clotting disorder. The Gyn surgeon said, ‘the FDA would not appove the ablation until I got Essure,’ even though my husband had a vasectomy almost 7yrs ago. I told my PCM about the Essure procedure and that the Gyn surgeon, that he had referred me to, wanted to do the procedure. My Doctor said,No! I called the Gyn surgeon and said, ‘My Doctor said, No.’ Well, not even 2hrs later the Gyn called me back and said, ‘he talked to my Doctor and my Doctor said it was ok, and to go ahead and perform the Essure procedure on me’. The Gyn then said, ‘I’m going to order the equipment and call you back with an appointment time.’

In February 2012, the Gyn could only get to my left Fallopian tube, that day. He said, my right tube was blocked with scar tissue, so he scheduled another appointment in March to do the right tube. I knew, that I had to go back, and have it put in or I couldn’t get the ablation.

I started running a fever about 2wks after the first implant. My Doctor said it was a sinus infection and put me on antibiotic’s. However, ever since Essure I have had constant fevers, I have had a cycle every 2wks with massive bleeding, I have past a lot of blood clots (the blood and clots have run down my legs, soaked through my pad’s, pants and to where ever I was sitting), I have also had spotting in between, which made me anemic. I have sharp stabbing pains in my abdomen, cramping, nausea, dizzy spells, headaches everyday, back pain, leg pain, constant fatigue, and flu like symptom’s everyday. I started having rashes and dark spots popping up on different part’s of my body. My PCM said, there is a 99.9% chance that, you are allergic to metal/nickel. I went to the E.R. several times and was diagnosed with ‘unexplained’ pelvic infections. I was put on several rounds of antibiotic’s from February until October 2012.

I told the Gyn in April 2012, that I was having problems. He said, ‘I have never heard of anyone having problems with Essure.’ Well, I was his first Essure patient, ever! Not sure if he remembered that he told me he had to order the equipment before he could do the procedure? His only solution was to send me to the mayo clinic, in Minnesota and have a Hysterectomy. He also told me to make a living will because he gave me a 99.8% chance of not making it through the surgery.

I couldn’t travel that far, due to my blood clot disorder. I tried to find a Doctor near me to perform the Hysterectomy. I had 8 Doctors turn me down because they called the Gyn who performed the Essure procedure on me and were told by him that, ‘I’m a complex case and needed to go to the mayo clinic’. My hematologist found a Doctor for me who was only 4 1/2 hrs away. He performed my Hysterectomy on October 22nd 2012. One of the coil’s was lodged in my uterus, I had an enlarged uterus 2x’s it’s normal size, due to endometriosis. Also, I had a pelvic organ prolapse and had to have 3 hernia repairs, and an ovarian cyst removed.

Now, I’m 2wks post-op and I have a few new problem’s. My flat sacrum (above my bottom) budged out during surgery, and an S-I joint in my lower back pelvic area slipped. Well 2 day’s ago I noticed that something in the lower right side of my back is bulging out and I can’t sit on my bottom at all. My back and hip’s hurt really bad, along with a lot of shoulder and neck pain. I have shooting pain’s go down my leg’s, which makes it very difficult to stand, walk or even get into a comfortable position in my bed. I thought, my nightmare was over.

I believe this all could have been avoided if the Essure Doctor would not have lied to me about getting the ablation. I’m 33yrs old and I don’t have anything even remotely close to a normal life. It’s very depressing, and since my surgery I’ve had a couple of panic attacks. On Saturday November10th, I woke up around 2am with my heart racing, blood rushing through my body, feeling like I needed to run. On Monday November 12th, around 3:30am I woke up with the exact same feeling, both attacks lasted at least 45mins. In February my life was turned, upside down. Thank you for reading this. I honestly appreciate all that you are doing to help. 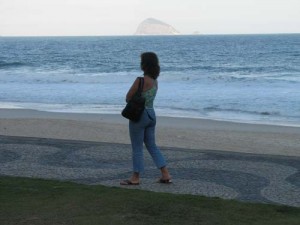