On 9-19-09 I had ESSURE put in. The coil for my right side would not go in, so the Doctor had several other Doctors try and push this coil in. I was so devastated! Finally the 4th Doctor got it in.

I had problems walking as my legs were in so much pain, this lasted for over 5 horrible days. After 3 months, like planned, I went to get checked out by radiologist. They showed me that I was completely closed (sealed).

On March 24, 2010 I was having pain, so I went to the hospital. It was then I found out I was carrying TWINS. I was already 8 weeks. Nine different Doctors studied my records and not one of them could explain this! My ‘fraternal’ boys are now 2. God Bless! I now am a mother of 5 children! The ESSURE Company said I was the first one to report TWINS! They then said no more…… 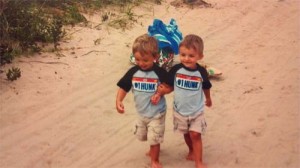