It was July of 2007 when I ended up having my daughter prematurely. She was our second child. Being high risk my husband and I both collectively decided then and there that she would be my last pregnancy. When I was at the end of my pregnancy, I contacted my OB/GYN to go over some different options for a more permanent method of birth control. I was wanting something less invasive as my mother ended up with endometriosis after having her tubes tied and lived a few decades with the sometimes debilitating condition. MY Dr. insisted I read the brochure for the Essure. I was intrigued and read it. I made my decision with the little push from the Dr. She led me to believe that it would be so much easier and less painful and the recovery time was almost nonexistent. She brought me in at my 6 week post-partum visit to insert the Essure. Not only was I there by myself but I had to drive home over an hour by myself. She said I would be fine. She gave me a high dose of ibuprofen to reduce possible pain afterwards. During the procedure they had a bag that was at the foot of the bed and there was a portion of it that I sat on. They didn’t have to dilate my cervix because I had just given birth so there was no pain with that part. Then when it was all over the dr and nurse double checked to make sure the coils were in the right positions and far enough in, supposed to be insert all the way into the tube and only 3mm was supposed to be in the uterus. When I went for my first Hysterosalpingogram (pelvic xray with contrast) it was proved that my right tube was still open. This was three months after the initial insertion of the coils. I had two or three more of these so roughly 4 in a years’ time. Still open. I started experiencing some discomfort with the one on my right side and went in for an ultrasound. The Dr.  then diagnosed me with hydrosalpinx (tube full of fluid), not once but twice. This led me on the operating table. They initially went in to

I wanted to come off birth control so I could lose of my pregnancy weight. I gained quite a bit with my second pregnancy. The minor discomfort turned in to pretty severe sharp pains with every period. My periods started getting heavier and I was having multiple in a month. In October 2012 my husband decided it was time for him to have a vasectomy so I could come off oral birth control. I stopped taking it December 2012. About a month or two later not only was I going through the worst hormone shift of my entire life, I was having to deal with oilier skin which has led to a skin condition on my scalp that was diagnosed by a dermatologist. I was combating severe cystic acne because my hormones were all over the charts. On top of all this, the pain in my right side was almost unbearable. I literally felt like I was going to die. It felt like someone was stabbing me in the hip area. This happened with every period I would have and worse on the months that I would ovulate on my right side.

Almost two years after coming off birth control and I am still having multiple periods in a month that range anywhere from 9-12 days and are so unpredictable. Bleeding after painful sexual intercourse. Every time feels like someone is twisting my insides. When I went in for the heavy bleeding, the dr. highly suggested having a hysterectomy. I was only 27 at that time and again three years later almost 31. She told me that was my best option. I didn’t go through with it. I was afraid to have my woman organs removed. I had already gone through one unnecessary surgery which was the result of a misdiagnosis. There was no way I was going through this. No way not now.

So here I sit, 33 year old female, mother of two young girls, wife to a really hot guy and I am still suffering on a monthly, no weekly basis. This was the worst decision of my life. I feel like I have lost all control of my own body. I don’t know when I am going to have my period, I am always on high alert for that. The pain I suffer from and the sexual pain I suffer from kills me. I have no libido because I know that when I make love to my husband it’s going to hurt. This is no way to live. Something has got to change. No other woman should go through this at all ever. These are supposed to be the best years of my life and this is what I am consumed with. 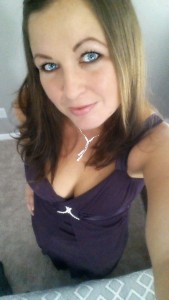