This all started in march of 2010. I got my genetic test results back on huntingtons disease. I tested positive. I was upset. My husband and I sat down and decided that we didn’t want to bring another child into this world now knowing they would have a 50/50 chance of getting the disease. I already have two children that now have a chance. I saw the advertisement for essure on tv. I looked at their website. Everything seemed like this was the best thing since slice bread.

I looked online for a doc near me that did it. Made my appt. The office said since I was a new patient I had to wait until it was time for my yearly. I saw the doctor for the first time 6/30/2010. Told him I wanted essure and why. He did my yearly and made my appt for the essure. I was told I’d have to have these meds filled. Mortrin 800 mg, b & o suppository, percocet 5 , xanaz 2mg, toradol 60mg, zofran 4mg. I was also told I’d have to be on birth control for 3 months after and come back for the X-ray to show that it worked. There was nothing discussed about any problems that were possible. Except that if I got pregnant it would be a tubal.

Came in for my essure surgery 7/14/2010, my husband was with me. I had to take all my meds and wait. I was drugged up, I was completely out of it. I don’t remember going in for the surgery. But I woke up twice because of the horrible pain on both sides. Surgery was at least an hour from the time they took me back. My husband even asked a nurse how much longer it was gonna be, she said she would check and ever came back. I don’t remember being taken out of the surgery room or waiting in recovery. I don’t remember getting into the car with my husband. I woke up when we got to Walmart to get my pain meds.

After we got home. I woke up every 4 hrs to take my pain pills because I was hurting so bad. The next day I felt so much better. Tried to do normal activities. The following day I hurt. I called the Doctor and reported odor and discharge. Doc reported probably normal to take flagyl 500 for 7 days. Called doc back and complained about bleeding. Went into the office. Bleeding and pain for 3 days and had dischange for first week. Doc called in antibiotics again. 10/22/10 had X-ray, no filling of the distal Fallopian tubes. Was told it worked and didn’t have to be on birth control anymore. October I was also put on antidrepression meds from regular doctor. I had pain on and off on the left side.

2/22/2011 called adv doc was still having pain in the pelvic area. He gave me flagyl again. 3/18/2011 called doc again. Advised the doctor this month I’ve been having bleeding after sex. One time heavy like a period. Still having pain on left side. 3/23/2011 went to office for the pain and bleeding. Gave flagyl 500 mg again.

7/11/2011 well visit at doctor advised again pain on left side. Doc said to come back in a year. I had pain like this and problems the whole time, every time I told my doctor about the pain they gave an antibiotics and sent me on my way.

I went to my regular doc for my yearly and advised him of the problems and he sent me for a ct scan. The results were possible pelvic congestion syndrome. 8/7/1012 yearly visit with obgyn still advised of pain. The doctor said it wasn’t essure or endometriosis. I asked what’s causing the pain then and he said I don’t know. I showed him the ct results paper and he said that the findings are something that all women have and some Doctors don’t even think it exists. I was very taken back by that. The doctor stated that I could have a scope done to see whats going on but with all the side effects and what he knew it wasn’t (essure,endometriosis) that we couldnt do anything about it anyways.

I was shocked, I even repeated it back to him. So I can have this scope done that has all these side effects and what your gonna find cant be fixed anyways. He said correct. I said so basically your telling me I have to live with it he said yeah. I said no I don’t want do that then. I decided that I can’t and don’t trust him anymore. My Pap smear results came back as an Abnormal pap. I decided to get another opinion and to see if I could find some one that would listen and help me.

Problems I’ve had since Essure; blood clots with periods, discharge, odor, back pain (was down on back 4 times), headaches, pain left side and sometimes right side, pain durning and after sex, bleeding durning and after sex, tingling in fingers and down arm, night sweats, weight gain, depression, blah feeling, heavy periods, long periods, bloating.

I Went to another doctor on 8/31/2012 advised her of all the problems and the problems I’ve had with my last obgyn. The nurse was taken back by what I told her about my last doctor. My new obgyn did an exam and advised me of my two options. Diagnostic laparoscopy with hysteroscopy or a total hysterectomy. I decided on the less invasive. I had the Diagnostic laparoscopy with hysteroscopy d&c done 9/12/2012. 9/13/2012 I spoke with the nurse. They found no endometriosis, essure did not perforate anything but there was abnormal scaring on the tubes, because of essure.

So I have to have a total hysterectomy to help all the problems I’ve had because of essure. I asked the nurse if I could just have the tubes with the coils removed. Nurse talked with my doctor and that wasn’t an option. 9/26/12 I went to my 2 week post opt from the scope and d&c. Post opt diagnoses 1. Metrorrhagia, 2. pelvic pain, 3. abnormally placed essure coils. Nothing but essure is causing my pain!

I went and picked up my results from my ct scan and from my X-ray back from 10/22/2010. I got the ct scan first looked at it and was sick to my stomach. I saw one of the coils is almost a complete figure eight and the other was long and straight. I thought maybe it had moved but why didn’t my last obgyn tell me when he got these ct results the coil was wrong. The next day I got the xray from the blockage confirmation. The coil was in a figure eight then too. I was never told this. He knew this from 10/22/2010 three months after I had essure put in. I was already complaining of problems at this point. Why didn’t he say or do anything.

Counting down the days to surgery but at the same time just sick from the thought that I have to have a hysterectomy to begin with I’m only 29. The pain has gotten so much worse the week before my hysterectomy I am praying for surgery every day. 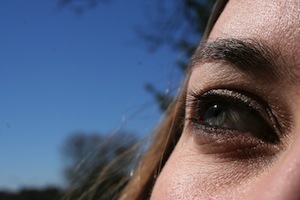