I had essure placed on December 9, 2011. The procedure itself was a breeze! 15 minutes and I was out the door. We went out to dinner afterwards. I felt great for weeks after getting it done. I was able to go to work, to the gym etc… My first period came on time and it was completely normal.

A little over one month later I had a terrible migraine. I have never had one before. I saw flashing lights and I was incapacitated for over an hour with the worst headache ever. In the days after the migraine I developed numbness and tingling in my legs and one hand. I had terrible deep bone pain in my thighs. I had trouble concentrating, my head always felt foggy. My primary care physician sent me for an MRI of my brain. The scan showed white matter changes consistent with either migraine headache or demyelinating disease (such as Multiple Sclerosis). I was referred to a neurologist who wanted to rule out MS. I have had several MRIs, a spinal tap, multiple blood draws, and an EEG like test called Visual Evoked Potential. At one point my second opinion neurologist told me that he is 99% certain that I do in fact have MS. We were devastated. I am 36. I am a mother of three young daughters. I am fit and active. I was working out 3 or 4 days at the gym each week. I am a nurse who works in critical care. By February I could hardly walk the pain in my legs was so bad. I was on three new prescription medications to combat the symptoms I was experiencing. The brain fogginess/cognitive fog was extremely scary! I felt like I was slowly losing my mind. I was not able to work anymore. I really felt like the best of my life was behind me and it was all downhill from there. I was scared that I was going to die from a slow, debilitating disease.

So now we fast forward to mid March. My three month follow up MRI showed improvement. So now MS was off the table and I received the diagnosis of complicated migraine, that even though I wasn’t having headache pain I could be experiencing “silent migraines” and all the symptoms that go with them (numbness/tingling, cognitive fog, bone pain). WHAT? Why was this happening? What was causing the migraines? EVERY SINGLE doctor that I saw I asked if essure could be causing the symptoms. Essure was the ONLY thing that was new prior to all my symptoms starting. None of the neurologists even knew what it was, neither did my primary. They all dismissed the idea that essure could cause these types of symptoms. Maybe if I were having severe abdominal pain or heavy periods it could be essure but not the neuro symptoms I was experiencing. My OB said it couldn’t be essure. Prior to getting essure done I researched it. I read the posts of people saying that they gained a lot of weight or had heavy periods and worsening cramps after getting it done. I attributed that to many women going off of hormonal birth control or from the depo shot that they recommend. I never read anything about the numbness/tingling, the headaches, the mental fogginess. After getting the “official” diagnosis of complicated migraine I found firsthand accounts of women complaining of very similar symptoms as I was experiencing after having the essure coils placed. One woman even went through ruling out MS! I was astounded! I called my OB right away to schedule an appointment to discuss removing the coils. I was desperate. He met with me and we discussed the pain I was feeling and the horrible three months that I just went through. He offered to remove the coils. I had a choice of removing just the fallopian tubes or having a supracervical hysterectomy (I would retain my ovaries and cervix). My husband and I took a few days to discuss it and we decided that the best thing would be for me to have the hysterectomy done. I felt like anything that touched the coils was tainted and who knows what would happen in the years to come. Would I develop uterine cancer down the road etc…

On Monday, April 2, 2012 I underwent a laparoscopic supracervical hysterectomy. I spent the night in the hospital. I had about a week of post-op discomfort but then I felt GOOD! As of today, I physically feel NORMAL! I am off all my neuro medications. I no longer suffer from bone pain, numbness and tingling or cognitive fog. I feel like I have my life back. But I also feel angry and cheated. I feel angry that for 3 months I thought that I had MS. You cannot even begin to imagine the mental anguish that I suffered, that my husband suffered during those awful months. I feel angry that we spent thousands of dollars on insurance deductibles all the while I wasn’t working. I feel angry because I had to give up my position at work because of how sick I was. I feel like essure cheated me out of life. Emotionally I am still adjusting. I have had panic attacks and have been diagnosed with PTSD. Essure is awful and in a way it is still affecting me. I thank God every day that the coils are out and now I just have to work on healing psychologically. 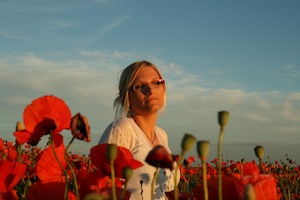