I had the Essure procedure done in August of 2009, after the birth of my second child. September of the same year I had an allergic reaction like I’ve never had before. I had it all – vomiting, diarrhea, hives, numbness and swelling. I had never had hives in my life until that night. I hadn’t eaten anything new or come into contact with anything. It just came out of the blue!

From September of 2009 until today I have had hundreds of those exact same spells. In one of the reactions I had in 2010 I had a minor seizure along with the above symptoms. I have been in the hospital two separate times because of an ‘allergic reaction’. The first hospitalization was in March of 2010. I was on my way to a workout class, and had eaten some blueberries before I left. Shortly after I left I started feeling funny. My tongue was starting to itch and I took a Benedryl just in case and kept driving.

I was in the hospital overnight and saw an allergist that same week who tested me for blueberries and I tested negative. In fact all of my blood-work came back completely normal. No one could explain why I had reacted that way. But it was serious enough that I had to have two EpiPens administered in the ER and the doctor said if I had waited even five minutes longer they would have had to intubate me.

The second time I went to the hospital was Mother’s Day 2011. I had taken an Ibuprofen for a toothache and later that afternoon had a typical spell (vomiting, diarrhea, flushing, hives, numbness and swelling). This time the Benedryl didn’t seem to be working and the hives and swelling just seemed to get worse. Again I went to the ER and had to have to EpiPens administered along with intravenous steroids and antihistamines for several hours.

From the time these spells started, September 2009, until now I have had about 3-4 spells a month for almost 4 years which has pretty much debilitated me. When I have a spell I have to take at the very least 4-5 Benedryl to keep the symptoms bearable. Then with the effects of the Benedryl, along with the feeling of exhaustion after the spell, I am out of commission for the rest of the day!

Over the last four years I have seen Allergists and Immunologists and no one has been able to figure out what was causing these reactions. Until a few months ago I was convinced I was never going to figure out what was wrong with me. Then I found a web forum of women who had had the Essure placed and all of the problems they had been having since. I started to piece it together in my mind and the light came on.

I had never had an allergic reaction this severe until one month after Essure was put in. And then having over 150 spells since then with no apparent cause. I would tend to have these spells close to my period and I also have this strong metallic taste in my mouth that lasts for weeks at a time (that also started after Essure).

I recently saw an allergist who referred me to a dermatologist who specializes in metal testing. And after having a 48 hour patch test with nickel and three other metals, I tested positive for a nickel allergy. I have also developed small bumps on my hands and when I told the dermatologist about them she told me that the bumps were another sign of a nickel allergy.

I have the report from my allergist and dermatologist that show I am allergic to nickel. I have also found a doctor who has agreed to remove the Essure. I have met with nothing but opposition from every doctor I have seen and that I discussed the Essure being the cause of my problems. They have acted like I was crazy or just wanted it removed to get pregnant again which is not the reason!

It is very discouraging to have had this serious issue for years and then to be made to feel like you’re crazy when you finally figure out the cause. It’s frustrating.

I am more than ready for this hell to be over!

I saw this page and wanted to send in my story (I’m sorry it’s so lengthy) because I want to tell my story so that another woman who is going through this same experience will have the comfort in knowing that they are not crazy and that someone else has experienced this!

I would love to see Essure taken off the market! Whatever good my story does and however it helps you and this case, I am glad I could help! Please contact me if I can do anything else. 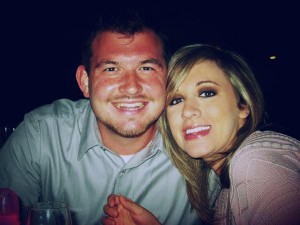