I had the procedure done in September of 2012 and had the coils removed in January 2013.  In case this may help anyone, here’s my horror story with these coils.

I chose to go the Essure route because one of the doctors in my OB/GYN practice insisted that with a 15-month old and a newborn at home that I should choose it because of the quick recovery time. Being that I knew I had a lot to deal with having 2 kids under 2 at home, that sold me right there. Being naïve, I put my trust in the doctor and didn’t think to do any serious research other than what the procedure was going to be like.

Little did I know the changes to my life that were about to come. My health deteriorated almost over night. I was having migraines, severe back, abdominal, pelvic, and even leg pains constantly. At first my PCP was prescribing me pain pills and sending me to PT 3 times a week because she felt that it was muscle spasms causing all of the issues. Nothing was working and the doctor actually yelled at me in front of other patients when I asked for another refill for the pain medication since the pain wasn’t going away.

Needless to say, I switched doctors and was given all sorts of tests (for pain pill addiction, post-partum depression, etc.) The new doctor I was seeing sent me for an MRI and referred me to a pain management specialist because he didn’t know what to do. The MRI came back clean (no spinal stenosis or other problems within the spine) so the meds were stopped and he told me he wouldn’t treat me anymore until the report from the pain management specialist came back.

The appointment with the PM specialist threw me into a horrible state of depression. The ‘specialist’ didn’t know how to treat me yet he wouldn’t listen to a word I had to say. He even told me to my face that he truly believed I was only there for the pain meds and had me drug tested right there in the office. When the drug test came back clean (to his surprise, I’m sure) he prescribed me migraine meds and muscle relaxers and told me he would prefer not to see me again because being that I am only 26, he didn’t know what to do.

I left the office embarrassed and in tears. I finally chose to see another new PCP (I had seen her many years ago so we knew each other fairly well) and she ended up telling me that I needed to see a therapist because this pain was all in my head. I had hit rock bottom. I had to have people come take care of my babies for me because I was in so much pain and so depressed that I couldn’t get out of bed.

I finally decided I was going to see the doctor who placed the coils to see if she would take them back out because after getting fed up and knowing it just had to be the coils, I did my research and found so many others out there having the same issues as I was having. I talked to her about it and she literally laughed in my face and said there was ‘absolutely no way in hell it’s the coils’ and said there was nothing else she could do.

I was actually starting to believe that maybe I was crazy and that it was all in my head and I felt embarrassed, depressed, and horrible. I was gaining weight and was so swollen in my midsection that I looked pregnant again. I had a post-op appointment with another doctor in the same practice as the doctor who placed the coils and I was glad that it was with her because she delivered my son and I trusted her.

I no sooner said hello to her when she walked into the room and I started bawling and told her everything that was going on. She decided that she would do a full removal of my fallopian tubes since I was having the issues and I wasn’t the first patient to see her with issues. I had my surgery which resulted in full removal of my tubes and portions of my uterus. Turns out I have a severe allergy to nickel (I knew this prior but was never informed that these coils contained nickel) and the swelling had caused such a mangled mess of my tubes (they were twisted backwards and pushing into my spine and beginning to grow together within the scar tissue) that the tubes were literally tearing off of my uterus and tearing parts of my uterus off with them.

Needless to say since the coils have come out, I am back to my old self again. No pain and have my energy back. If you are around the Freeport, PA area, the doctor that pretty much saved my life (she told my husband that if it was left like that much longer and the tubes had torn off completely, I could have bled to death internally and it would have happened in a matter of weeks) is Dr. Narcisse out of ABC Women’s Care. I trust this woman with my life and will forever be grateful for her. It just scares me that I could have lost my life over the lack of asking the simple question of ‘Are you allergic to nickel?’ I hope this story helps to save someone else. Nobody deserves to be made to feel the way these ‘medical professionals’ have made me feel. 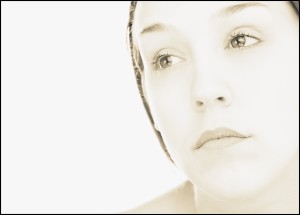