I had the Essure procedure in Nov. 2011. Everything seemed fine at first. But by Christmas, I had such severe anxiety, I could barely leave my home. I was seriously thinking about committing myself to a hospital.

Slowly, the anxiety became manageable. In May of 2012 I began having dizzy spells. I saw my PCP and he referred me to an ENT. The ENT ran some test and diagnosed me with Vertigo and prescribed Meclizine. The only thing this did was make me sleep. I was suppose to take it 4x a day but could not.

The pain the became more prevalent on one side. The feeling was like a brand was held against the side and a stake was shoved from top to bottom. It hurts when I sit, lay, walk, and use the bathroom. The pain getting worse and worse as each month goes by.

I have gained about 25 pounds since my procedure, joint pain, chest pain, psoriasis, and my sex life has become very painful. My husband even said he could feel something during intercourse.

Having this procedure was a very bad decision. One I wish I never made. Had I been told (and all the ladies who are suffering been told the truth), about the complications and that very few doctors remove the Essure product, I would never had this done.

Now, my only hope is to save enough money to have this awful poisonous product removed from my body.

The FDA should not have classified this as a class 3. What good can come out of this (besides removing this product from the market and from our bodies) is that our story can help women to avoid the same fate that we have bestowed upon ourselves. 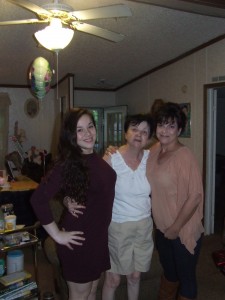