I was implanted with Essure on 21st August 2012 when I saw my gyno to have my tubes cut and tied but he talked how wonderful Essure is. I was never asked if I was allergic to nickle or was told the only way to ever get Essure removed is to have a hysterectomy. I was never told there was any side effects.

My symptoms of having problems with Essure started 2 weeks after having them implanted. My weight started to pile up and before I knew it I have gained 22kgs in 6 weeks after Essure ( have tired everything to get it off,even starvation but nothing worked). I suffer from constant headaches, heavy periods and very irregular, brain fog and memory is terrible. I have server pains in my right lowers side and left lower side but more painful in right. The pain is so bad that I yell in pain and double over. I cannot sleep stretched out as it hurts too much stretching the lower part of the tummy, so the only way I can sleep is in a fetal position. Stretching exercises or just normal stretching I have to avoid because the pain in lower tummy where ovaries are in unbearable, not even strong pain killers would ease the pains.

My energy levels is very low and I am constantly tired, my bowls and bladder has been affected as I can no longer control my bladder and I open my bowls between 7 to 8 times a day and it’s never a normal stool. I have had urine tests, bowls stool tests and numerous of blood tests. I am suffering from high white blood count and it’s been creeping up since Essure.

My depression is very severe. I feel like I am an old lady inside of my 43-year-old body. I have a 12 month old baby girl and she is my last that I will be a mummy to but my life has been ripped away from me since she was 2 months old and I am unable to take her to places where I want to so badly because my energy is very low.

My baby girl has also been ripped off by Essure because her mummy cannot do the things with her (taking her out to the park etc). Everything is such an effort such as making phone calls, turning this laptop on, writing, driving, getting dress, you name it as Essure has taken all this away. If it wasn’t for my baby girl, I don’t think I would have been around today,that’s how much this device affects so many ladies.

I have been having hospital appointments every month since Essure and now I have to have a hysterectomy to get these nasty Essure coils out of my tubes so I can live my life again by being me. I miss being me and like many of us ladies we have lost part of our lives during Essure and after Essure because having a hysterectomy has taken our reproductive organs away. 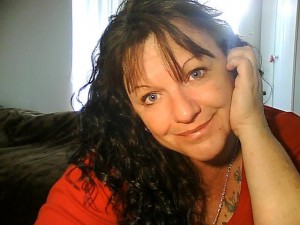