So my story starts back when my fourth child was about 6 weeks old. Long story short, I asked for my tubes to be tied and like so many others was manipulated into thinking that this was a huge break in medical technology these essure coils were and my Dr convinced me that they were much safer and more effective then the regular tubal litigation.

The procedure was much more painful then was originally described but bearable. After a few weeks of spotting and twinging pain along my sides I was fine. Got the HCG test done and confirmed was blocked and was protected from pregnancy!! Hooray….. needless to say, the celebration didn’t last long…..

Fast forward to about 10 months after placement and I started my first period following placement (I was breastfeeding my son till then so that cause the delay of menstruation) the bleeding was very heavy and I had severe pain on my left side. I thought well, it’s been a while since I have had a period so I expected it to be rough…. period ended after 8 days so life went on….

So mid month, I suddenly am doubled over in pain from my left side and start bleeding tons and tons of bright red blood. Called Dr and was told maybe stress cause my period to come early, possibly miscarriage…. Various scenarios were given but in no way did my pain have ANYTHING to do with my essure! I wasn’t convinced…..

I then schedule an appt with my gynecologist (new one not the one who placed the essure). Upon a pelvic exam, she sent me down to X-Ray to make sure that essure is in the right placement. (Their office does not recommend pressure ~ wonder why~) I go home and try to rest. The next morning I get an urgent call to not eat breakfast and to come into the office as soon as possible.

Turns out the x Ray clearly shows I have 3 pressure coils inside me!!!!!  The right side was placed to far and was entering my right overy, there was two on my left side. One was in my left tube and was pushing thru the wall of my uterus and the third was floating in my abdominal tissue not in my tube at all. They had to do emergency surgery to remove my fallopian tubes and carterize the inside of my uterus to stop the bleeding.

I am now 3 days post surgery and am wondering me legal options. I have read that essure has something where you can’t sue them directly but I was wondering if I can sue the dr who placed them. I have copies that clearly show all three coils. Plus the report from the radiologist and the surgeon who removed them.  I just don’t know where to start but feel I’m entitled to something for all this pain and suffering.

Thank you for listening and I pray this doesn’t happen to anyone else! 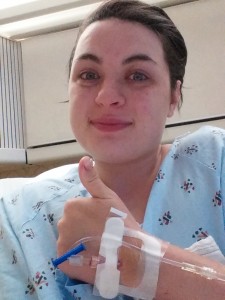