I had Essure done Feb 28, 2012. All seemed to go well until I had the 3 month follow up HSG confirmation test. It showed that one of the coils perforated my uterus and was in a coiled up position in my abdominal cavity. I went to see the Doctor who performed the procedure and her advice to me was to leave the device in this location, and attempt placing another one! I refused this as a course of action, and since she didn’t think removal was necessary, I sought out another Doctor and made phone calls to even more physicians who advised that I NOT leave the device in my abdominal cavity, and that surgery would be required to remove it.

I have since had my uterus and fallopian tubes removed. It is interesting to note that my pathology report shows chronic/severe inflammation of the uterus, fallopian tubes and cervix. Also, scar tissue had formed around the device which had perforated the top of my uterus, coiled around and then lodged through the top again. This device/procedure is not the low risk/no side effect procedure that it is advertised to be.

I am outraged that my doctor and the company, Conceptus Inc., are being allowed to tell doctors that it is okay and actually a ‘standard of care’ to leave these devices in the body outside of the fallopian tubes. I am also floored that any Doctor would listen to a medical device company representative as opposed to making decisions on what they actually know and learned in medical school. According to many FDA adverse events reports, these devices perforate and then migrate to other areas of the body causing scar tissue, damage, and inflammation. Essure needs to be pulled from the market. 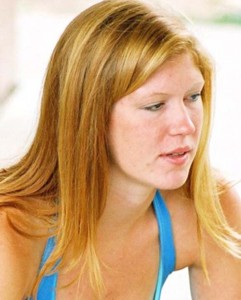