I have had the Essure coils in me for 5 years now. And never knew WHY I have so many issues with my periods being all over the place. Doctors told me it was because of my weight and they wanted me to get that ablation thing done. I said NO.  Well I have lost 60 lbs but it took me 3 years to do so. This is still a problem!

I still get issues with my periods two times in a month or at least every other month. I have bloating, constipation, and headaches.  I’m a school bus driver and have to contend with a loud bus at times with my headaches. I would have to come home and try to not be in a bad mood for my 2 boys and hubby later!  I have too many problems that are probably stemming from the Essure coils.  And now I might have to have a hysterectomy to get them out? I cant afford that!  Plus I just don’t want to have such a big surgery!  I am so mad that the Essure has give many women many problems. 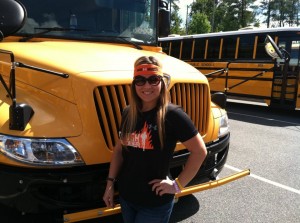