In July of 2007 I looked into having the Essure procedure done.  I went first for a consultation and after a few standard questions was told I was a good candidate for the procedure.  I said I wanted to think about it and a few days later the doctor with whom I had met called me and convinced me to schedule the appointment for the procedure.  I received forms in the mail as well as directions on how to prepare the night before the appointment.  I called immediately when I read that I was supposed to take ibuprofen the night before and the morning of my appointment.  I am allergic to ibuprofen (I had informed the doctor of this during our consultation).  I asked about an alternative to ibuprofen and was told not to worry about it.  It was not that important.  That was the first red flag for me but I went to the appointment anyway.  During the preparation for the procedure I asked about an alternative.  I requested a sedative or pain relief of some kind to help me relax since I was nervous not having the required ibuprofen.  Again, I was brushed off and told I would experience mild discomfort similar to a paps smear…with or without the ibuprofen.  So, I did relax.  And the procedure began.  It felt similar to a paps smear…for the first minute or so.  Then I began feeling some very intense pain and I expressed this and was told to relax.  I tried very hard, practicing the same breathing I used during the drug-free labors and deliveries of my 4 children.  Then it all went downhill.  The light that the doctor was using to see inside of me malfunctioned.  It just went out.  He became extremely flustered by this and with the instrument inside of me tried to fix the light.  I was in excruciating pain and unable to lie still.  So, he yelled at the nurse to keep me still and quiet.  I became terrified by this change in his mannerism and asked that he stop.  He ignored me and finally got the light back on and continued but then found that he couldn’t insert the device into my fallopian tube.  I kept hearing him say to the nurse that my tube was distended.  I didn’t know what that meant but knew it was the cause of my agony.  He became angrier and angrier the more I begged him to stop and begged him to give me something for the pain.  He said he didn’t have anything for me and if I didn’t calm down and stay still it would only be worse.  Finally, after about 20 minutes the procedure was done.  The doctor told the nurse that he had succeeded in implanting the coils.  He then told the nurse that if I didn’t stop rolling around on the exam table (I was writhing in pain) that I’d fall off.  Then he left.

I tell this part of my Essure story because I believe that doctors are not given a thorough enough training for when things go wrong during the procedure.  I was led to believe that it was as simple as a paps smear.  The doctor who performed the Essure Procedure on me was not prepared for anything to malfunction and when the light stopped working and my tubes distended, it was very clear that he had not been trained on how to proceed accordingly/discontinue the procedure.   I believe that, HAD he been trained for these unforeseen circumstances things would not have gone so horribly wrong.

I did not recover well from Essure.  I experienced heavy bleeding and cramping for 2 weeks after the procedure and then I suffered from pelvic pain that worsened over time.  I never returned to the doctor who had performed the procedure but I was examined by another OB/GYN who told me she was very concerned about my ongoing pain.   It was discovered through an ultrasound that the coils were  inserted in my tubes, but one of the coils had been inserted at an angle causing it to cut through the other side of my fallopian tube, therefore causing me pain that was worsening.  I ended up having a hysterectomy which, thankfully, ended the daily pain.  The mental and physical trauma has taken me years to overcome and I still feel the pain and fear if I allow myself to remember.  I am doing very well, however, and am so thankful to my therapist who taught me to meditate and gave me coping tools that I still use today.  It is my hope that my story can be part of the movement to get Essure off the market so women no longer suffer from it’s devastating and often unexpected side effects. 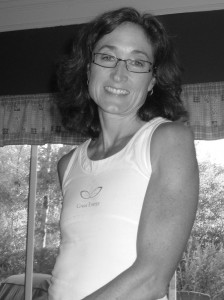