I had the Essure permanant birth control implanted in April 2008. It was shortly after my 28th birthday. Before the (outpatent surgery center procedure), I went over my options with my doctor. He reccomennded Essure to me. Told me it was safe and EXACTLY what i was looking for. He had brochures and promotional information along with showing me a real size sample of these ‘titanium colis’. We scheduled my procedure. It was fast and I went home a few hours later. I returned to work 2 days later. Well, it wasnt but 2-3 days after my surgery when i started having horrible pains. I left work and went right to my doctors office. He sent me to get an X-ray (to check on the position of the coils). 30 min later, I was admited into a hospital in Syracuse, NY for emergency surgery. One of my coils had slipped into my uterus according to the X-rays. It was a long (scary) 5 hours I waited to be prepped and into surgery. I screamed and cried until the very second I was put out. When I woke up in recovery, the Dr told me that I was lucky and he had no problem finding the coil and removing it. He also had to cautorize that tube it fell out of. Ever since then, when I get my period, it comes very heavy and with horrible cramps. Every pain I get, I wonder if its the other side falling out of place. I never realized that there were so many women with problems like this. What if I get pregnant? And have a still born?? I dont now what I am going to do now to calm my worries. More than likely I will contact a Dr who will just take the other one out for me. I refuse to go the rest of my life in fear. I hope someone who reads this and has yet to get the Essure thinks twice about it. I wish the rest of the ladies with this (terribly frightning) birth control the best of luck. Thank you for letting me share my story. 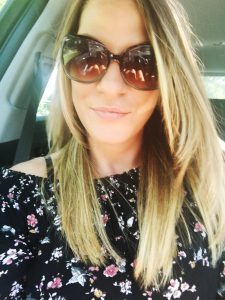