So here is my last few weeks, I have not only been absolutely beyond stress with not only my upcoming surgery but my husband was hospitalized with pancreatitis from 2/9-2/12 2015 and on 2/13-2/16 2015 we had a family vacation planned (that we went on). As I was nervous/worried as hell from the risks of any kind of surgery, but also with bleeding and the added amount of bleed that I have lost over the past 5 1/5 years but aslo with all the hell I’ve been through if I do die on the table at this point it’s better than living with Essure and I was terrified. I was terrified to leave my kids, my husband, my family, friends. How would my kids deal with not having a mommy and Craig being alone and MANY more thoughts that ran through my head. But with the GRACE of GOD, my husband, family and friends I am on the road to recovery. On February 18th 2015 I had a hysterectomy. My life is no longer a ‘not living’ or ‘barely surviving’ it’s I now can see the light at the end of the tunnel. I am already starting to feel better. The biggest differece is, I’m not having the headaches that I use to have and they a fewer and not as long. I’m SO ready to be back some what as normal as I can be. If I can save just one person from getting the Essure then I have possibly saved them from the pain that not only I but my family and friends have experienced. That is worth it in it’s self! I am just excited to get back to being the wife, mother, daughter, sister and friend that I want to be. Thank you Jesus for being my rock, thank you Craig for being my other rock and my kids for dealing well as they can with the way their mommy has been for the last several years! 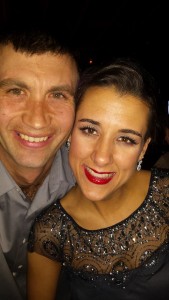