I had the Essure procedure done in November 2012. I have 6 kids, the last 4 are mine and my hubby’s.  We decided that after our fourth we were done and that I would get fixed. All the obgyns that I talked to said that Essure was my best option since I have a blood clotting disorder and surgery would be too risky.

They did mine at the hospital with general anesthetic, so they really pushed the Essure.  Our second to last son we had was a hard pregnancy as I went into preterm with him at 24 weeks and was put on bed rest. I managed to make it to 38 weeks with him and they had to break my water (as with the other 4 births before him).  But our last son was the worst pregnancy ever. I started contracting but not dilating at 26 weeks. Since I was not dilating they decided that it was ok for me to go home.

At 34 weeks my water broke and I had a really terrible birthing experience and my son had to go to a children’s hospital for two weeks in an ICU. He is now a healthy almost one year old boy! That is when I decided to get Essure since every obgyn told me that I can not get tubal done!

In June I had an irregular period it only lasted 3 days (I normally go  7). I went to the ER the day after my period stopped because I was dizzy, light headed, felt weak, had blurred vision, and was not myself. They ran test and said that my liver enzymes were up over 700 and that I had a blood clot but since it was not in my lungs they sent me home.

I started feeling a little better day by day. I just got off of my period a week ago and I am feeling the same way again. I have been gaining weight like crazy and all my family keeps asking me if i am pregnant. I went to urgent care two days ago they said that I had a viral infection and let me go home. They told me to follow up with my doctor on Monday and demand an ultra sound, which I am going to do. My doctor told me that Essure has nothing to do with my period and the sickness that I have. I’ve never been like this before the Essure! I do not know what to think! 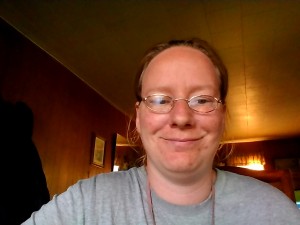