Hi.  My name is Cathy.  In February of 2012, I have birth to my second son.  The whole pregnancy was problematic.  But I wasn’t prepared for problems after birth.  My son was born at 8 lbs 14 1/2 ounces and 22 inches long.  Much bigger then my first son.  After delivery, I was still in excruciating pain.  After much time paced a doctor finally checked me again.  She didn’t see a thing.  I said I had to push agian.  She told me to do it and I saw her face.  I had a hemetoma in my vaginal wall and was bleeding out.  Surgery, blood transfusions, etc.  I had a bad time while under also, so nightmares still continue.  After that horrifying experience, I didn’t want to go through it again.  I was happy with 2 kids.  However I have hypertension.  So the birth control pill which I was formally on years ago, was no longer an option.  I was recused a hysterectomy due to my age and not having any issues to warrant one.  I was given 2 choices.  A non hormonal IUD that my insurance didn’t cover or Essure, which my insurance did cover.  On that fast alone, I decided Essure.  I hadn’t heard anything bad about it so I was off.  Mine was done at the hospital in June of 2012.  My nurses were very rude.  To the point of making me cry on a couple ocassions.  I remember one of them asking me over and over if anyone was pushing me to have Essure done.  And if I was 100% sure I wanted it.  So was really relentless.  I had the procedure.  My OBgyn said it was text book.  I was tired.  Went home and did as he said.  Stayed in bed and only got up to use the bathroom.  He said to expect some light bleeding and I should be good.  Next day, I was bleeding a lot. I called and went into his office.  He checked and he found the bleed.  It was some of my excruciating pain I had ever experienced.   It once he was done, I was so happy.  So pain, no bleeding.  I felt good.  I had my follow up dye test.  Doc said it looked perfect.  And I felt great until April of 2013.  Constant pressure to urinate.   Thought it was a UTI.  It would go away and come back.  Everytine my PCP did bloodwork it always showed inflammation present.  I have seen urologists, GI’s, Cardioloo, my OBGYN, etc.  You name it.  Plus the 5 pounds I was told I would gained…  Well that is actually more lime 25-30.  I walk and eat right.  That weight isn’t coming off so creating other possible problems. The last couple weeks have been agony.  I was in so much pain, I went to Urgent Aid a few weeks back.  Had a jerk of a doctor.  Nurse was a nightmare until I called her out.  Doctor was pushing on my abdominal area, hit the left Essure and sent me flying off the table.  Cat scan was fine.  That Sunday after I got up from playing with my kids, I felt a pop on that side with the pain radiating down my leg and up to my chest.  Next morning called my OBgyn office.  They got me in for an ultrasound that came back normal.  Go figure.   I type this I am in agony.  I type this and I am scared.  Scared for my life.  I feel like I have a ticking time bomb inside.  I am afraid to be intimate with my husband.  We suffered a miscarriage in 2009,  and I don’t want to live through another.  I want this roller coaster to stop.  I want my life back.  I want to play with my kids.        I want to stop worrying about each pain I feel.  Every day I wake up terrified.  Terrified I am going to be that next girl who lost her life from these darn things.  In a way…  I already have.  My life is a shell of what it used to be.  I hope and pray every single day this will end.  I want the hell to end. 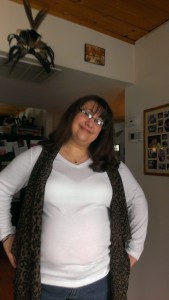