I had the Essure done in 2011. I went back for the test and all was 100% blocked. I was put under during the implanting and had no pain except mild cramping afterwards. My periods changed a bit, going from a normal 28 day cycle to about 33-35 day cycle. This has been pretty consistent since Essure.

I have had no problems with Essure, but began searching last month because all of a sudden I had horrible ovulation pain and my period was the most painful cycle I ever experienced. I was expecting for it to be the same this month, however I haven’t experienced any cramps and my period is due in about a week.

The pain of last month was almost unbearable and I am pretty good when it comes to pain. I also have spondylosis and lately it has been flaring up pretty bad, sending my back into excruciating pain. I don’t know if it because of the Essure or not. But I would like some answers to what I have experienced. My insurance is not active at the moment, or I would be seeing the doctor. I  would like to know if this is a sure sign of future problems with Essure,  or if this happens occasionally for no reason. Is it possible that that pain meant the coil migrated? I just need some answers. Thank you for this site! 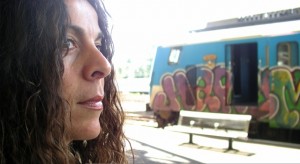