Hello! I am a 32 yr old single mother of 3 boys. In Sept 2009 I had essure implants placed. Due to my bodies lack of tolerance for birth control pills my Dr at the time strongly suggested essure. Since that time I have had nothing but problems. Ranging from pain, nausea, dizziness, and bloating. On Jan. 29, 2012 I went to the ER with severe abdominal and back pain. The Dr. come back and said I had a UTI and give me Antibiotics and sent me home, 2 days later I was back to the   ER with the same problems. This continued for 28 days back and forth from ER and GYN office. At the time I did not have insurance or a primary physician. My GYN told me I needed to go through surgery to find out what was causing my problems because nothing showed on sonogram, my urine screens were coming back negative and there was no reason for me to be hurting like I was telling him I was. So he scheduled me for surgery and said I had to have $1500 up front. Well I don’t have that kind of money laying around. So not only did he not do the surgery he wouldn’t see me anymore for my inability to pay. His office called me and told me I was being referred to another Dr. That was the best thing he ever done for me. This new Dr accepted me even though I didn’t have the funds to pay him and he also scheduled me for surgery for the following week. It took 18 Drs in 28 days for someone to finally believe me and do something to help me. On Feb 27, 2012 I had my right ovary removed. The dr said the essure implant caused scar tissue around my right ovary so much the it had fused my ovay to my colon and scar tissue was wrapped around my colon also and the pain was from my body trying to release hormones and eggs in my system and it had no way out due to all the scarring. I felt 150% better when I come out of the hosptial. Now I am in the same boat again. On Jan 19th, 2014 I woke up with severe pain again. Went to Urgent care and was told I have another UTI and that my gallbladder may be infected. Went to ER the next day due to pain getting worse with no relief in site. They to told me UTI and sent me home. The next day I went to Urologist. He told me I did not have a UTI that my test were good and I may want to consider going to my GYN and getting checked out. So here I am 6 days and 3 DRs later with no relief, missed a week of work, and waiting to go to my GYN in a few hrs. I know that this is probably going to lead to another surgery an to be honest I hope if the essure is the cause again that he will just take out everything and give me my life back. To those of you considering the essure implants please reconsider. To the women who have suffered the way I am Thank you for going through the process of holding the companies responsible. Its sad that the FDA will protect a company that has affected so many women and stand behind them. 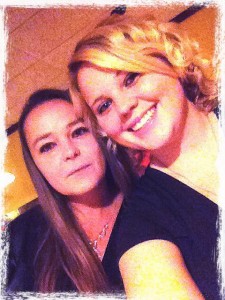