I want to share my story about the Essure. First off, I`m married and have 4 beautful boys. Mind you under the age of 4 years old. I have 22month old twins. My husband and I decided our family was complete. So I had talked to my OB/GYN and went ahead with the Essure. The implation wasn’t done in the doctor’s office as it is said in the brochure. I had it under at my hospital under local anestetic. That was done around 3 months after my twins,the dye test was done. Showing that my right fallopian tube wasn’t blocked. Then I decided it was fate,God wanted more for my family. Well, I decided to get the 10 year IUD. In November after a year it decided to come out. My OB had to remove it. Here I am today,some what protected,but I know my chances. I had a scare but turned out negative.  I know my body and I feel that I may be pregnant again!! At this point in my life,its not my fault or the doctor’s fault. Its the companys fault to put something on the market,stating a perminat statement of completion. Turning out its going against our will. I believe in cases like this, it should have been tested and used for a duration of 10 years before confirming its ability. If its possible we should be able to have Essure pay for the 18 years of LIFE that was given to us by a false birthcontrol. 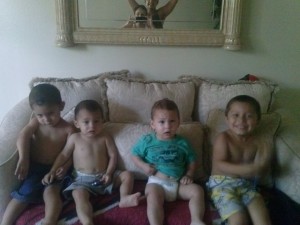