Hello, my name is Crystal! I got the Essure in 2010 after my second child was born. The doctor told me I would have some cramping and a little bleeding for 2 weeks at the most. He even went as far to tell me that I shouldn’t have my menstrual cycle any more.  It went on for five weeks and the bleeding was so heavy I was changing tampons every hour and a half with a lot clotting. Then when that stopped I was feeling morning sickness some times even getting sick.

I took many test to see if I was pregnant but it always came back negative. I would go in and see my doctor and tell him what was going on and he would do a sonogram on the Essure. Because they were ‘still in place’ he just brushed it off as something else. It didn’t matter if I had something to eat  as I was always sick to my stomach.

After losing a incredible amount of weight I started hounding them about it and he still didn’t think it was the Essure so he sent me to a gastroenterologist. He sent me to do many test and some with radiation and the only thing that seemed a little out of sorts was my gallbladder.

At this point I was grasping for any thing to make this feeling go away so I got it removed. As I continue my recovery I start to look around on the web only to see if  I’m not the only one who has had this problem with Essure and to know if other women still have the symptoms return  shortly after the surgery. It has been two months since I had my gallbladder out and I’m noticing some of the symptoms are coming back.  I’m getting bad headaches and I’m starting to feel the morning sickness again. I’m hoping in the end that after all this suffering, there will be something to be done for us women who have suffered. I hope we can all live happy healthy lives again. I would love to talk to other women about this. If any one wants to talk , please send me an e-mail me through fordahl1982@gmail.com. 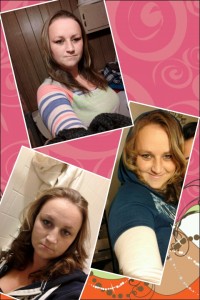