Hello my name is Dana and I am 41 years old.  I am 2 weeks post op from a hysterectomy.  In 2011 I had a uterian ablation performed, and at this time the doctor talked me into a form of birth control called Essure.  It sounded so easy and effortless and of course

I placed my trust into them 100%.  I didn’t notice much at first, but more cramping than usual and that I could actually feel ovulation plan when I never did before.  So now it’ was 2-3 weeks of monthly menstral pain.  A few months later I started to break out into hives.  (I was not told that Essure contained nickel, nor was I tested).  After the ER, the allergist, the dermatologist and many more visits (50+)….my body has broken out into full hives.  It felt like a million bee stings.  Nothing would make it go away.  I felt like I was a burn victim.  This went on for a year.  Still that time, I have developed autoimmune diseases of several types.  The doctors put me on so many steroids I nearly died.  My digestive track stopped working, and I had 24/7 nausea.  I have lost my jobs and have been unable to take care of my kids.  I got my hives bareable with a Neutragina product, but I still have special spots that I called my guage.  As my cycle began I could watch my gauges and watch my hives flare up.  The 2 years of my life have been a living hell.  My children and husband have almost lost me.  I’ve been admitted twice because my life was not worth living.  I am now 2 weeks post operation and I have no sign of a hive, my thyroid is not going crazy, my bowels are working, my pelvic pain is gone….and I feel like my slow death is ending.  I feel a light at the end of the tunnel.  Essure was one of the biggest mistakes of my life. 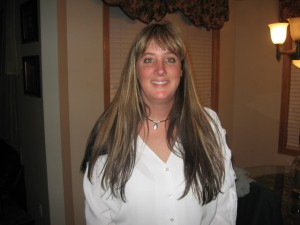