five years ago I had essure.  Six months after having essure I found out that I was pregnant with my son.  Thankfully, no harm came to my son due to the coils in my tubes he is a healthy boy.  After the birth of my son, I had a bi-lateral tubligation.  Now three years later, I am having a constant pain in my lower back and pains that shoot between my left overy and right ovary, pressure in my crotch that feels like I am getting ready to give birth.  I recently went to the ObGyn who laughed at me and said, ‘I know that you are not pregnant, you have a uti’. I too know that I am not pregnant, of course, and he was also wrong about the uti, my urine came back normal as did my pap.  I know that I am not making up this pain, so I brainstormed and came up with maybe the possibility that it could be complications from Essure.

I have also been diagnosed with a thyroid disorder this March.  I wonder if that has something to do with Essure procedure.  I should have never had this done, anybody who is considering having Essure done, they can rest assured that essure will NOT work!!!! 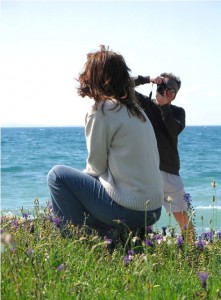