I had the Essure procedure done in April of 2007, about six months after the birth of my youngest. I had a difficult pregnancy and delivery so I was advised by my OB/GYN to consider permanent birth control. Coincidentally, 6 months after the birth of my daughter, I found a cyst on my cervix which required surgery. My GYN pushed the Essure procedure because she told me it would be easy to do after cyst removal, so I could have both taken care of. The real selling point for me was that the Essure method provides an opportunity to see that the tubes were truly blocked. My doctor told me that no other form of permanent birth control provides that assurance.

A few months after the procedure, I began to have pain in my hips.This pain was excrutiating and after a few more months it moved down my legs to my feet. I went to my Gyn to get to the cause and was told that I was perimenopausal at age 38. Over the next few years I experienced increased pain, depression, mental fog. I stopped enjoying anything about my life. My work performance has suffered, my children don’t remember how energetic and fun I used to be. In the last year and a half, I’ve had additional symptoms that can’t be explained such as constant fatigue, headaches and eczema break outs on both arms that won’t go away. I’ve been to several Doctors and had every possible lab panel done to no avail. At the end of this summer all I knew was that I was in normal ranges for everything including thyroid panels and autoimmune panels. Nothing to attribute my symptoms to. The last three weeks all symptoms have really stepped up. I’m on 5 meds or I couldn’t function at work and every day when I get home, I struggle up the stairs to a hot bath and sit on a heating pad until bedtime. Advil and Tylenol don’t touch my pain and the Loritab I try to only use when I can’t bear it anymore. I’ve lost hope that I will ever be me again.

Tonight I found an article about Essure and nickel intolerance. I was never informed or tested for this before my procedure. If I had been asked, I could have told the Doctor that my mother is highly allergic to nickel and my symptoms mirror that intolerance to a certain degree. This morniing, as I was getting ready for work, I had a sharp pain in my left hip area. The pain persisted until I took my pain medication. Needless to say, I missed work again. I have an appointment this week with a different Gynocologist and will be getting an ultrasound done to see if the coils have moved. I’m afraid of what I will find out and I worry that there will be irreversible damage. I believe that my children would be better off without me in this condition and I now know that there are worse things to fear than death. 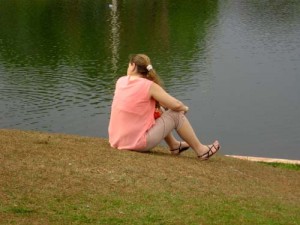