My nightmare with Essure

I was 27 and pregnant with my youngest daughter when I was asked if I had considered sterilization. The mid-wife in my OB/GYN’s office asked me this because I experienced a lot of health problems after the birth of my first daughter, Jordyn, only 10.5 months before. My blood pressure had spiraled out of control and they were unable to put me on any kind of birth control due to this. When the mid-wife asked me this at my first OB appointment, I agreed that it would probably be best because I was going to be high risk with Haleigh. At a later appointment we went through the papers for the Essure coils and I signed them giving the go-ahead to be implanted six weeks after Haleigh was born. I was sold on Essure, like many women have been. Little to no down time, no surgery, no incisions, and best of all, it wouldn’t interfere with me taking care of my babies. I did no research because I trusted my doctor. I trusted that he would not put something in me that would hurt me, or cause damage.

Flash forward to October 31, 2006, six weeks after Haleigh was born. Kenny and I had decided that our family was complete, especially since my pregnancy was rough on me. I had gestational diabetes, high blood pressure, and I held fluid really bad. They induced me 18 days early because I was in the beginning stages of pre-eclampsia, but in spite of that, I gave birth to a very healthy 7lb 3oz baby girl on September 13.

So, October 31, 2006 I went to the hospital to have my Essure coils implanted while under general anesthesia. I was in and out fairly quick from what I remember. The doctor did tell me that I would have bleeding, and that it was possible that I would bleed up to 6 weeks, just like when I had the babies. For the record, I bled for roughly 3 weeks like I had just given birth, and it was miserable. I had some mild cramping that evening along with my bleeding, but nothing I couldn’t handle. Kenny and I took Jordyn out trick-or-treating that evening for her first time.

I began noticing a difference in my menstrual cycles within the first 6 months of having the coils. They were all out of whack, they weren’t on time, and they were heavy with clotting and horrible cramping. I went back to see my implanting doctor and I told him that I wanted the coils out because of the heavy bleeding and horrible cramps. I had iron issues while pregnant, but that had corrected itself after giving birth, but I had began having periods so heavy that my iron level was low and I had to take iron supplements that were purchased over the counter. He proceeded to tell me that he didn’t believe that the coils were the cause of my problem, but to keep track of my periods and come back in a couple of months and we would talk. It was at that point that I knew he wasn’t going to listen to my concerns with the coils. I decided to just live with it and hope that maybe eventually something would happen in my favor.

Over the years my symptoms continued to worsen. My periods consistently got worse. The cramping, bloating, and bleeding I experienced was horrible! I started having uncontrollable mood swings. They were so bad that it got to where I couldn’t even stand to be around myself. Around 2008 or 2009, I decided to ask my primary care doctor to be put on something mild to help with the mood swings, depression, and anxiety. I have gained at least 45 pounds that I have struggled with constantly. I have been unable to get it off of me. I have always been a little over-weight, but nothing compared to what I am now. I had migraines when I was younger that had subsided, but came back like no other around 2008/2009 as well. I now have to take a migraine preventative medication daily. My hair comes out by the handful while in the shower and when I brush it after my shower. My eyesight has worsened. My skin, from the waist, down, has broken out into a boil/acne like rash that hurts and itches all at the same time. My lower back, most days, feels like it is breaking when I walk. These coils took SO much away from my children. They took so much away from me….time that I will never get back. 7yrs 9mos that I will never get back to be exact! My marriage failed, and I partially blame that on the coils because they took away my quality of life, the coils killed mine and my husband’s sex life. I got so depressed that I pushed him away, not meaning to, but he just didn’t understand what I was going through. I put on a front most days so people didn’t know about all the pain that I was in.

Fast forward to today, July 20, 2014, I am 13 days post-op from a laparoscopic assisted vaginal hysterectomy/bilateral salpingectomy, leaving my ovaries. I feel like a new person since these coils are out of me! My rashes are nearly gone, I have not had a single headache since E-hell was taken out, and I have so much more energy! I can stay up an entire day without feeling the need to take a nap. I am very blessed to have found Dr. Arora. I have him to thank for regaining my life, and my health. Now, I am just waiting to be cleared by my wonderful Dr. so I am able to begin working out so I can get this extra weight off of me. I will also detox my body to rid it of all of the harmful heavy metals that are in the E-hell coils.

I will never forget the hell that I went through for so long, and I will never stop fighting to get the Essure coils off the market. I will always be there for all of my E-sisters, through thick and thin. My fight has given me a new outlook on life, and a whole new reason for being! 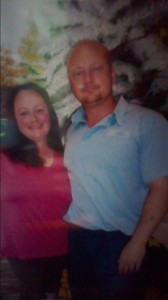