I had the Essure procedure done on August 28th 2012. After having 6 children (5 boys in a row) my husband and I thought it was time to stop trying for a girl. It’s now been 4 months and I have had nothing but problems. At the time when I talked to my doctor about getting my tubes tied I told her I wanted the normal Tubal. I just wanted them cut/burned/tied, whatever they do, but she told me about Essure. I wasn’t sure about it because I heard it was still semi-experimental, but the long term effectiveness was sounding great.

After the procedure, I wasn’t in much pain. Then I bled for 3 weeks straight. I called my doctor and asked if this was normal because I never had this issue before, I was told that it was normal and not to worry about it. Then I just stopped one day and it took 2 months to have a normal period. I was given a Depo shot the week before the procedure and the doctor was telling me my pain and bleeding was the cause of the shot. I explained that I had the shot before and never had any pain associated with it or my period ever. She said that sometimes things change and not to worry about it. Now here it is the end of the year and I am in a lot of pain.

It started out as just occasional pain and then spotting here and there, I have hot and cold sweats, I have gained weight, my appetite has decreased, and I am always nauseas. Now when I have intercourse I am in extreme pain, and I have been having sharp pains in my lower abdomen, and it’s not just on one side, but on both sides. It gets worse when I cough, and I have been having migraines that won’t go away, and it is putting a damper on my ability to care for my 6 children. I am on my way to the ER today to see if they can tell me anything. I am hesitant only because I don’t want to hear that it’s just stress, or a normal period. I hope that this gets pulled off the market as I would hate for other women to go through what I am currently going through, and I don’t want them to go through the things I have read other women go through. 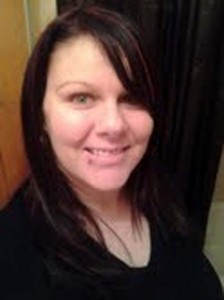