The essure device was recommended as an inexpensive & out patient form of birth control instead of getting my tubes tied. My husband & I decided this was a good choice as it was cheaper than him having a vasectomy with our insurance. Also after having 3 children we felt that our family was complete. It took my doctor two attempts to put the device in. After it was in, I immediately starting shaking & throwing up. It was the WORST pain I’ve ever experienced in my life!! I immediately went to the ER & had an MRI to see if they were placed properly. I was given morphine for the pain, started bleeding heavily & found out my cervix had been perforated by the device going in. I went to 3 different doctors at other practices asking if I could get this removed & was told I could only have it removed by a hysto. I was still bleeding a month later. I even went to a lawyer to see if anything could be done but was basically told there was not enough for a case. After being told they were permanent, I dealt with them for 3 years. I had hair loss, joint pain, bowel problems, weight loss, extremely heavy periods, extreme pelvic & back pain (it felt like a knife constantly stabbing me), hives, panic attacks & mood swings. I never experienced any of these before I had them put in me. I went to several more obgyn’s & PCP’s over the years & was told it was stress or I had IBS. Last month, I found an OB that had taken out the tubes & coils out together on 2 other patients. I felt at this point I had nothing else to lose as I am only 32 & did not want a hysto but something had to finally be done. I got my tubes & coils out. The doctor explained to me that even though the coils are partially in the uterus & scarred over that they can easily unravel out of the uterus like a slinky. I am now recovering from this debilitating experience. I wouldn’t recommend this device to ANYONE!! This was the worst experience of my life–physically & emotionally! 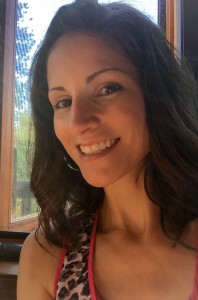