I had been on birth control for most of my life, but found that it was affecting my blood pressure. So, I started looking into alternative methods of birth control. I prefer to be in charge of my own reproductive health, so I explored several options, including the IUD. However, I am anti-abortion and didn’t like the possibility of aborting an embryo.

In the summer of 2010, I went to the OB/GYN’s office to discuss options and I was told there was a new hotshot young doctor who specialized in a new procedure that was even more failsafe than having your tubes tied, and the procedure could be done in the office on an out-patient basis! I was ecstatic and thrilled to be on the cutting edge of what I was assured would be the future for sterilization/permanent birth control.

Being as I was one of the first ones done in the office, the operating room was crammed with nurses, doctors, and a representative from Essure. I was given a mild sedative and the procedure began. It was more excruciating than I’d been told and at one point I suddenly couldn’t breathe: I was later told I’d had a vasovagal response, and was told this was relatively common. It was terrifying, as you can imagine, and I recall squeezing the nurse’s hand VERY hard.

Roughly a month after that, I had been talked into a sub urethral sling combined with anterior and posterior vaginal surgery with the same young doctor. That surgery turned out to be the worst surgery I’ve ever been through (and I’ve had 2 neck fusions) so there was a lot of recovery time while everything healed. I understand that often the Essure procedure is done in conjunction with that type of vaginal surgery but in my case it wasn’t.

Anyway, three months after the procedure was done I was dye-tested to make sure I was infertile and indeed the procedure seemed to have worked.

However, in the spring of 2011 I began to experience excruciating pain in my right side. Being as I wasn’t on insurance at that time, my family MD prescribed antibiotics under the assumption that it was probably appendicitis, though I wasn’t running a fever. The antibiotics worked! I was so relieved and able to return to work. However, the symptoms returned, more mildly, within weeks. Once again the doctor prescribed antibiotics and once again they worked.

In June 2011, I was in a severe car accident and was lucky enough to have the hospital scan the area that was afflicted. It turned out I had ovarian cysts! Panicked, I returned to the young doctor’s office and saw a nurse practitioner who ordered additional tests. The cysts were benign but, she told me, could be attributed to the Essure procedure and would come and go. She also told me that antibiotics do help shrink benign ovarian cysts, which is why they helped in the past.

However, the vaginal examination seemed to produce another complication: Suddenly my vagina began to smell like feces. Within a short time, I was forced to go to the local Planned Parenthood clinic (as I was without insurance once again) and they put me on antibiotics once more. It seemed to help with the problem for a short time but within a month I was back: Same complaint. Even my husband was commenting on it and I was mortified.

One of the nurses there helpfully suggested that perhaps I was wiping feces into the vagina after a bowel movement. I assured her I certainly was NOT.

They ran tests for all types of diseases and all came back negative. At this point, I can only conclude that it is highly likely a coil has worked its way into the bowel. Since the odor gets even stronger during my periods, I assume the problem is located above the vagina and flushed down with menstrual blood. I will be contacting Essure to see if they’re willing to pay for me to be screened for this possibility, as all others have been ruled out.

Needless to say, the problem is humiliating and the continuing ovarian cysts are painful. 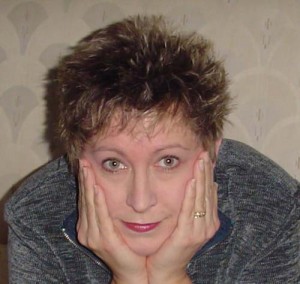