I had the Essure procedure (as well as an ablation) in October 2012. I had mentioned to my Family Physician that my husband and I were done having children (I was 30, he was 35, and we have 2 lovely children). He referred me to a OB/GYN, so I made an appointment. It was suggested to do the Essure and Ablation. I was told that it would be done laproscopically, that I would be a little out of it that day, but that I would be able to return to work the following day. I was told that she had performed many of these procedures and had no complications. When I went for the surgery, the Dr changed her story and said it would be done vaginally. Since that day, I have had nothing but complications. I suffered both a UTI and Yeast Infection in the days following the procedure. I wound up in the ER 2 days later with shortness of breath and just not feeling ‘quite right.’ I went for my first HSG to check the effectiveness of the Essure in January 2013. It showed that it was unsuccessful on my right side. The Dr said that it was possibly too soon and she wanted to check at a later time to see if would improve. I went for my second HSG in April 2013. After over an hour and 4 different Dr trying to perform the test, they were unable to do so and it was determined inconclusive. The Dr who performed my surgery offered to ‘fix’ it. At that point I had had enough. I didint trust her and I regreted the procedure (not the permenance, as I was definitely done with children, but I regretted the procedure, not being fully aware of the possibilites.) The worst thing was, I indeed HAD researched the procedures, but found none of these types of negative experienes. It was months later that I started to feel the pain. When I had my period (I was still bleeding monthly even after the ablation), I was in pain. The cramps were 10 times worse after the procedure than before (and they were really bad before.) A few months later and the pain was unbarable; it was a constant pain, not just when on my period.  I finally went to a DIFFERENT Dr because I was in so much constant pain and my periods were still coming (ablation should cause a decrease or ceasing all together of periods). I also had regular diarreah that couldnt be attributed to anything (at that time.) Come to find out, one of the clamps from Essure was coming uncoiled and poking into my muscles and ovaries. One of the clamps didnt even show on the ultrasound. The new Dr stated that he had seen this before, not only with the Essure,but primarily withthe Dr I had used. He told me that a hysterectomy was needed and that I may or may not be able to keep my ovaries (depending on how much damage had been done.) I had a laproscopic hysterectomy 2 weeks ago,March 2014. My tubes and uterus were removed. They also removed an adhesion that had formed between my bowel and ovary. I was able to keep both ovaries. They pulled out all the pieces they found from the ‘missing’ clamp. I am still recovering, but I do hope this is the last of my problems for a while. I wish I had been more aware of the problems. I trusted a Dr to give me the information, that was my first mistake. Women should be made aware of ALL the possible complications. 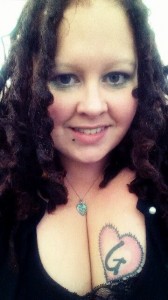