I am a 32 year old mother of 2, biologically and I have triplet step daughters. My husband and I decided we were not going to go for number 6. I have Essure implanted in November of 2012. Immediately I started hemmorrhaging so badly I was afraid I was going to pass out often. I was completely depleated of iron. It was a hell of 8 months. My daily life was destroyed. I was tested and confirmed blocked in February of 2013. I had to save up some sick leave for the ablation that followed in July of 2013. I had a 3 month infection that was the most discgusting thing I had ever been through. If you think bleeding non stop is a turn off, try rotting flesh… This whole time, my tubes were in constant pain.

I went to a new doctor. I sent all of my records to him. He has diagnosed me with Post Tubal Logation Syndrome. He is removing thecoils in tact in the fallopian tube along with my uterus. He will take them out whole. Without morcellation. Robotically and laparoscopically. 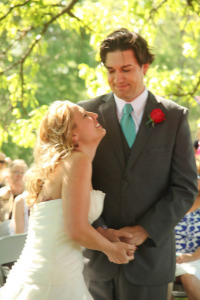