In January of 2012 I was implanted with Essure by the request of my OBGYN. He informed me of a procedure that was done on an outpatient basis and had the highest success rate with the least discomfort and healing time. This couldn’t have been farther from the truth. Within a week, I knew something wasn’t right. I expected to be sore for a few days, maybe a little longer, but there was no way I should have been feeling like  I was on fire inside. The pain got increasingly worse as did my symptoms. I went back to my Dr and told him I was having these issues only to be told that it ‘coulnd’t be the Essure’. Each time I went for a test, a check up etc I made it known how much pain I was in ever since the Essure implantation. Each time I was met with the same response. ‘It can’t be the Essure’. After a few trips to the ER, I found out I had developed Adenomyosis, and very painful cysts developing in my uterus. After seeing a urogynocologist, it was determined that I had also developed female organ prolapse and it was his recommendation that I have the Essure coils removed to see how much relief was established from having them gone before he addressed the prolapse. My Dr still refused to believe it was Essure related so I saught a second opinion. This time, I went to a Dr who I knew had experience removing Essure due to complications. I left his office in tears as well when he shot me down and basically called me crazy and said I was just trying to take advantage of all the people claiming issues with the device. Crazy right?!? Why would anyone say they were in the amount of pain I was in every day if it wasn’t true? I wouldn’t wish it on my worst enemy. I gained almost 100 lbs after implantation which was also 4 months after my son was born. I have absolutely no sex drive, in fact, intercourse and orgasm are both painful now so the thought of my husband touching me makes me want to cry. He has been very understanding and supportive throughout this whole process but I know if it was anyone else, I would have been divorced a long time ago. I am often confused, I forget things very easily and I have moments when I am so dizzy I have to sit down. I wake up every morning with a metal taste in my mouth and having to throw up. I have also developed repeat bartholin cysts, it feels like someone is holding a lighter to my tubes and there is a fish hook ripping my cervix out. None of this is normal. None of this should be ok, but yet, I am told it’s basically all in my head or not related to Essure. I am 31 years old. I should not have the issues I do, and never had before I got them implanted. Every day is a nightmare. Every day I sit and wait for a recall to pop on the television so maybe, just MAYBE I can finally find some relief and try to regain my life back. My heart goes out to every woman affected by this. Please know you are NOT crazy and you are not alone. 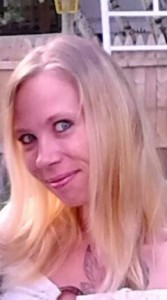