I had the Essure procedure done in August 2013 at age 34 and have had increasing problems since then. First and foremost, only one coil was able to be placed by implanting doctor, had he not told me something was obstructing my right Fallopian tube I would’ve still been waiting to have the HSG done. I took it upon myself to investigate what was going on with my Fallopian tube while waiting the 3 months for the left coil to scar over. My primary care physician sent me for a pelvic US and endovaginal US which showed a coil in my uterus, this was October 1, 2013. The radiologist recommend I have the HSG done ASAP to confirm that indeed it was an Essure coil. I went in on October 9, 2013 for the HSG and as suspected, an Essure coil is sitting in my uterus. I am currently waiting to be seen for my pre-op appt which isn’t until December 9th 2013 as I have to be seen at a Navy Medical center because of my insurance. I still do not have a clue what’s going on with my Fallopian tube in all of this.

The reason I got the Essure was because the implanting doctor recommended it and because I was certain I was finished having children (Ihave 4). We discussed traditional tubal ligation versus Essure and he went over the pros and cons of both and I asked him what he thought was best, he said he’d go with the Essure. I trusted his judgement and went along with it. Initially, I bled lightly for about a day and a half, as he said I would but then 3 days later started bleeding again, heavier and lasting a whole month. Since then I have had erratic bleeding and haven’t been able to tell a period from Essure bleeding, I am extremely fatigued, lower back aches all the time, I sweat like crazy, I have dizzy spells frequently, skin rashes, painful intercourse with spotting afterward, cramping that has waken me from sleep and bloating that makes me look pregnant. I would never have paid as close attention to these symptoms had I not found out about the Facebook group or been told that the coil migrated, I probably would’ve made excuses for what has been going on with my body. I look forward to having this coil out of my body!, I hope that this device is removed and banished from the market so that no more women suffer from this awful form of sterilization. I am, on the other hand, extremely grateful for the E-sisters on the Facebook  page and to you, Erin, for taking this up on our behalf!! Thank You for allowing me to share my story! Holly J. 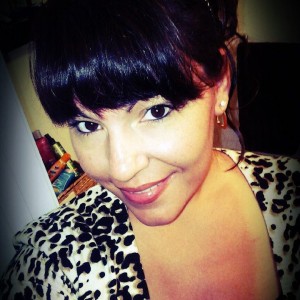