After having twins, I thought essure was the perfect device to prevent further pregnancies with no side effects and no down time. It was supposed to be a painless in office visit. It was a lie! The procedure was painful. The doctor had a hard time placing the coil. The essure representative was standing over him the whole time telling me their were no known side effects and that they where better then tubal ligation. I had cramping all day. When I went for my follow up HSG one of the coils appeared to be in my abdomen. I under went exploritory surgery to find the coil. While they were in there looking they tied my tubes. The doctor was not able to find my coil and had to sew me back up. After recovering, my doctor ordered a CT where they found the coil in my uterus. My doctor notified the essure representative who told him it was fine there. A few of my side effects have been what seems like two menstrual cycles separated by a day in between, constant chronic fatigue, in ability to lose weight, chronic irritbility bloating, chronic diarrhea during menstrual cycle, unexplained irritation in privates lasting a week or more. I am now scheduled for another major surgery. At the age of 36, I will be having a hysterectomy due to the coils being attached to my uterus where it should never have been. I am so angry and frustrated with the whole situation and not being told of the side effects. 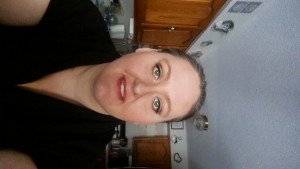