I had the essure procedure done in 2009 a few months after giving birth to my 3rd child.  At the time it seemed like a less evasive procedure with no hospitalization and surgery required. That is what appealed to me at the time, since i was going through a divorce and a regular tubal ligation would have been more difficult. No one to take care of me and the children so this was just an office visit, in and out and i was good to go. Things seemed to go ok for awhile. Then within a year i started having problems, pelvic and back pains.  Bladder infections, headaches and other unexplained issues.

I was seen my Gyn and she referred me  to a urologist because of the continued unexplained bladder infections. I also had become severly depressed and was seeing doctors for that and was on antidepressants , I moved from Georgia to Nevada and began seeing doctors again for my issues. The urologist found lesions on my liver and i had to have a biopsy done for that. The daily nausea was getting worse, the dizziness, the weight gain, still pelvic pain but more excruitating. Stomach pains also so then i was sent to the  gastrologist, and then to the neurologist for the headaches and the complaints of the numbness and tingling in my hands and feet and toes , and then to  endocrinologist because of  my blood levels Vitamin D was way below normal. And i was found to be hyperthyroid and found several large nodules (3 and 4 cm ) growing on my thyroid. With a biopsy being done on that as well.  And then back to the Gynecologist once the Gastro doctor found absolutely nothing wrong in my intestines or my stomach (besides gatritis)

It wasnt until then when the Doctor told me it must be a female isssue did i think about the Essure procedure. I then started thinking about when the issues started and what was going on and i started researching it and to my horror I found a blog about Essure.  This blog were other women talking about the Essure procedure and the pains and problems they were having and they were EXACTLY the same things i was going through. I cried so much because i now knew what the cause was of all my pain and that I now know what needs to be done to take care of it. They had to come OUT! After all the doctors visits, copays, xrays, ct scans, ultrasounds, mri’s, biopsy’s and all NOW i have the answer to what the doctors could not figure out. I went in to see my Gynecologist armed with this information and to my relief her response was lets schedule to take them out ASAP!

Again more tears because by now its 2012 and i had been suffering for so long and finally someone is listening to me and dont think that all this pain i have been complaining about is just in my head.  I think about how my kids had suffered from my moodiness when i was in pain, or how i couldnt do things with them because i was too sick to. The needles, the doctors, the pain can finally end.  Surgery day came and it was a happy day. Everything went well however went a little longer because the doctor could not locate one of the coils!! HUH??? Yep one of them had migrated and was perforating my intestines and bowel!! The doctor said no wonder you had been in so much PAIN! She informed me that she took pictures of it before removal for my records. She even was shocked by what she saw and said she wouldnt recommend the Essure to her patients.

After the surgery i felt so much better the constant pelvic and back pain gone. The nausea also gone. But now slowly some of the symptoms have been returning like the nausea and the pelvic pain. The numbness and tingling in feet come and go.  I can not imagine at 41 to continue to have lasting issues because of Essure. I dont know when or if life will ever return to any kind of normalcy for me. As i still have to see doctors for these issues. I would tell other women to Never get the Essure. It is the worst medical device for birth control out on the market and i would hope and pray that enough women get there stories told and heard to get the attention of those who are have the power to take it off. It destroys lives. 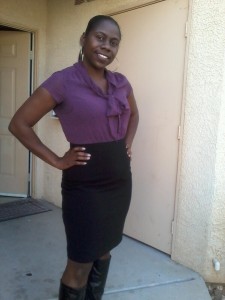