I had the Essure procedure in December 2012, a few months after having my third son. My doctor really recommended it, and at the time it sounded like the best option. The placement itself wasn’t too bad, however, when I went back to make sure my tubes were blocked, it was the worst pain I had ever felt. They used a saline solution instead of the dye, and basically a big syringe (minus the needle) to squirt it. They told me the most I would feel is some cramping, but I was in so much pain that I was begging them to stop.

After a few weeks, I began randomly experiencing a sharp pain on my left side. I went back to my doctor, and his answer was that I was having small muscle spasms, and the pressure from the muscles contracting around the coil is what was causing the pain. When I asked him when this would stop, he told me it might or might not stop. I was never told of this possible side effect before the procedure. He did an ultrasound to make sure that the coils were still in place, and sent me on my way with a prescription for Flexiril, a muscle relaxer.

I am still suffering with random pains. I’ve started experiencing other symptoms as well. After years of almost clockwork periods, last month my period was over a week late. When it finally started, it only lasted less than a day, and was so weak that I didn’t even have to wear a tampon. I have fatigue, tender breasts and am emotional, and my period is late again this month. I basically have all of the signs of pregnancy, so much so that I took a pregnancy test a couple of days ago (which was negative). I haven’t found any help or answers, but I KNOW my body. Something IS NOT RIGHT. I just wish that I would’ve had a tubal. Essure sounded so promising, and the thought of not ever having to worry about birth control was amazing. 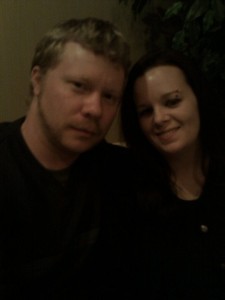