My name is Janice and I’m a 27 year old mother of 3. Following the birth of my 3rd child in September 2011, my husband and I decided we were done having children. I opted for the essure procedure and it was done at the same time I had some kidney stones removed. At that point I was back down to my pre-pregnancy weight of 169. Fast forward to less than a year and a half later and I’ve gained nearly 20lbs. Nothing has changed, I still rarely eat any ‘fast food’, I’m still moderately active, and yet, the weight is still there and no amount of diet and exercise makes it go away. It’s even impeding my ability to donate to a local egg bank because I’m considered obese now.

Additionally, my menstrual cycles are out of control. My cycles last anywhere from 19 days to 40 days with breakthrough bleeding in every cycle (which as a nursing student who is required to wear white scrubs 5 days a week…random bleeding isn’t exactly ideal). The bleeding also lasts anywhere from 3-9 days. There is no consistency. No regularity.

I also feel like my whole body is swollen. Every part of my body is getting bigger, with no explanation.

In addition to all of these things, I am having kidney stones on a regular basis, I’ve never had them outside of pregnancy before.

And nobody ever mentioned anything about essure containing nickel…cheap earrings? Yeah, my ears are swollen, red and leaking pus. I can only imagine what is going on in my uterus.

My mental clarity has also suffered. I feel foggy at best most days. Even taking adderall doesn’t help me focus.

Now that I finally have health insurance I’m going to be going to my doctor and requesting that they be removed. I can’t find any other explanation for my issues. Only the essure. I wish I had never had it done. 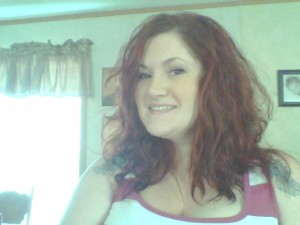