I had the Essure procedure in July 2006. After the procedure was done I only had minor cramping and some bleeding. I did notice that my period change a bit. I now have heavier periods for about two days and a light flow for the other two days. I do have some spotting before and after my cycle and the color is a dark red almost black. Till this day I am happy that I got the procedure done, it may have not worked for other women but it has worked for me. I had unprotected sex with my ex-husband for 7 years and no pregnancy occurred in those years. The only thing I regret is that I cannot have babies anymore. I have to admit that just recently I had some cramping and a pain that shoots from one ovary to the other, and I had some back pain too. However, I can’t blame this on the procedure because I have had similar aches since I was a teenager. They are a bit stronger now than when I was a teenager, but I am sure it has nothing to do with the procedure. I get those pains and aches once every two or three years. I know that my story is not going to be posted in the site simply because I’m not having the issues like some of the other women. I strongly believe that is unfair because there are more women with a success story than the ones that are having issues. With everything we do we take risk and this procedure is no different. It depends on so many things such as your age, your health, and your doctor. I was blessed with excellent health and I was 26 when I had the procedure done, and most important the doctor that did the procedure was no amateur. He did an excellent job and I am grateful for that. I think is sad the procedure didn’t work for other women and that they are having complications. Nothing in life is a 100% guaranteed and we should not fool ourselves thinking this procedure is different. I know that there’s a probability I might get pregnant, but I had sex when I was ovulating, right after my period and before my period with no protection and I haven’t got pregnant. I have to admit that every time I have a nagging feeling that one of these days I might get pregnant, but it has not happen in the past seven years. 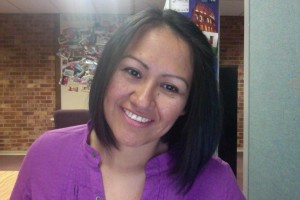 One thought on “Jaqueline’s Story”