I had Essure implanted in 2007 and I have lived in pain ever since. They said you do not have to be  put under but I was.  When I woke up the OBGYN said he had a little bit of trouble getting one of the coils in but they where in and in correct position.  Five days after I had an ovarian cyst burst and I have had one burst every couple of weeks since.  Yes for 6 years I have had an ovarian cyst burst every 2 to 3 weeks.

I can feel where the coils are. Lately it feels like someone is inside with a pair of pliers pinching and pulling. I have 3 wonderful boys and I have to push every day to run around with them. I hate what Essure has done to me. I want them out. In 2009 I had a cyst burst that hemorrhaged and they had to go in and stop the bleeding.  Since then they have hurt more when theu burst, sometimes I can not walk. I hate not being able to  function because I have begun to just get tired so easily.  I have started to get headachs for the past two years. The bloating and cramping have gotten worse. I wish I would never have had them put in if I would have known how much I couldn’t do now. I miss living. 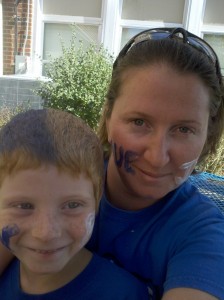